It’s been nice cooking lately instead of going out. While we’re lucky enough to have quite a few vegan options here in Atlanta, there is a ceiling. And sometimes you get tired of eating the same stuff all the time. At least I do.

But when you cook at home, your possibilities are almost endless. The Sweet & Sour Chipotle Tempeh with Sweet Potatoes from Eat, Drink and Be Vegan were another excuse to turn on the oven for an hour. Plus, I don’t cook nearly enough tempeh. I forgot to get pineapple and toyed with the idea of using mandarin orange segments but then just left out the ingredient entirely. The dish did not suffer for it. There was plenty of sauce and plenty of sweet and sour goodness. 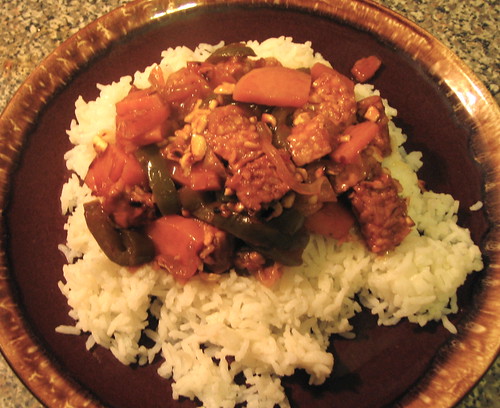 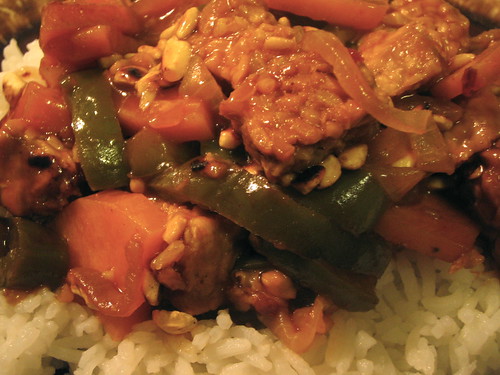