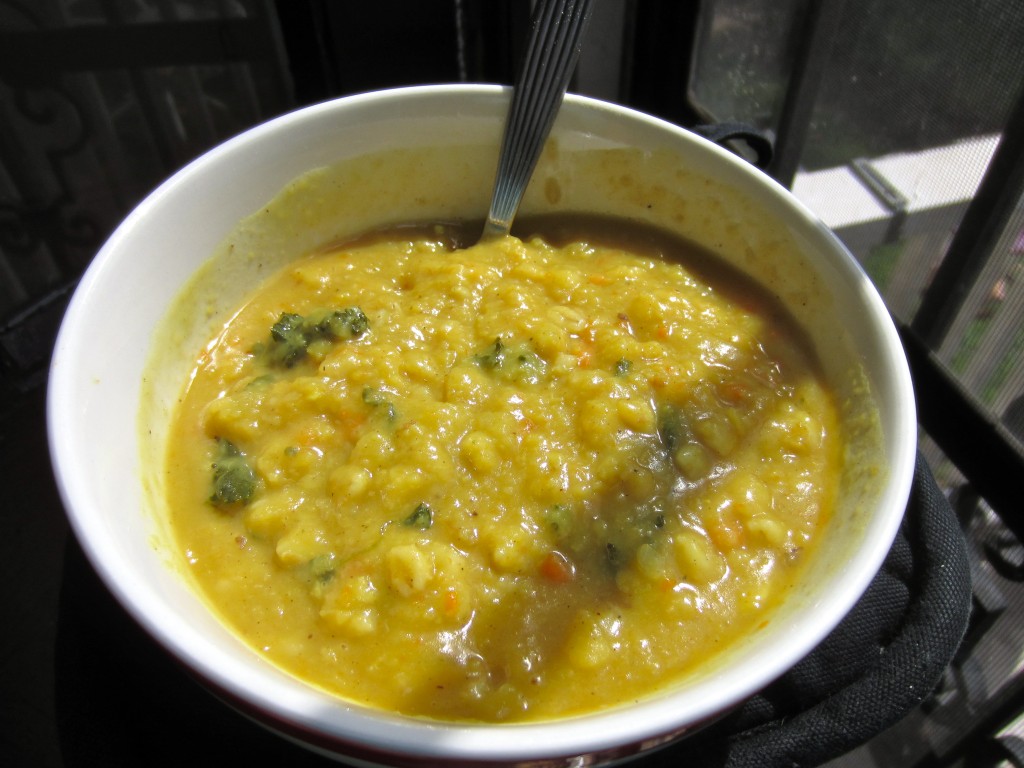 The weather finally broke here. I think we had a record number of 90+ degree days in Atlanta this year, or close to it. Now that we’re done with that and can even occasionally open the windows, it’s officially the beginning of soup season. Digging around in my MacGourmet recipe box, this recipe for Golden Curried Pea Soup looked appealing. It’s from Nava Atlas’ Vegan Soups and Hearty Stews for All Seasons. The barley makes it extra filling. It matures nicely in the fridge. I finished a whole recipe of it on my own by taking it for lunch and never got bored of it. You’ll see some green in there. I had some kale all cleaned and chopped up so I threw it in. It worked nicely. I also occasionally stirred in some garam masala when I felt the need for a little extra spice kick.