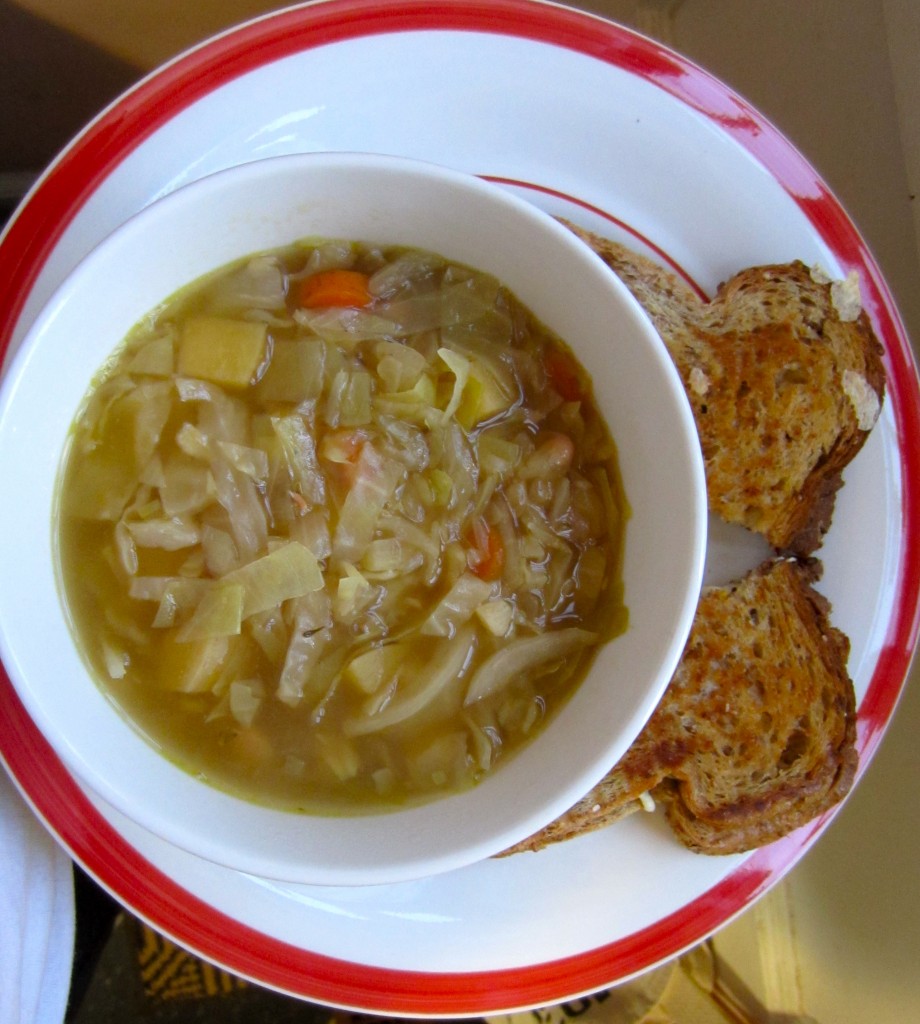 Apparently I’m really excited about Fall and Fall foods. My last photo upload into wordpress was pretty much all bowls of food. Soup, stew, chili. Maybe I’ll get them posted before Vegan Mofo starts so I don’t have to rename the blog “Look at this bowl of crap I’m eating!”

Dried beans have been on sale at Kroger so I stocked up. They’re not that useful unless you cook them. So I soaked and slow cooked a pound of white beans. Now it’s time for a white bean party. The internets told me about this recipe for French White Bean and Cabbage Soup. I just realized when I looked up the recipe for the link that I totally forgot the parsley and liquid smoke. It was good anyway, but I have one more serving left so I’ll add those goodies and see if it becomes Next Level. This is the kind of soup that might make a good stand in for the traditional sick day chicken soup. Nice and brothy with just enough potato and bean for it to be reasonably filling. That grilled cheese with Daiya on the side helped with that also.

Oh yeah, I’m working on getting my blogroll back up. I lost it when I switched hosts and am trying to recreate from my Google Reader feeds. I’ll probably go up in pieces so consider it a work in progress.