And, back to lazy food. Trader Joe’s has recently started carrying a couple of vegan heat & eat Thai curries. I failed to take a picture of the bucket for some reason, but you can see it here. To make it even lazier than actually making rice, I dumped it over a packet of Seeds of Change Uyuni Quinoa & Whole Grain Brown Rice. 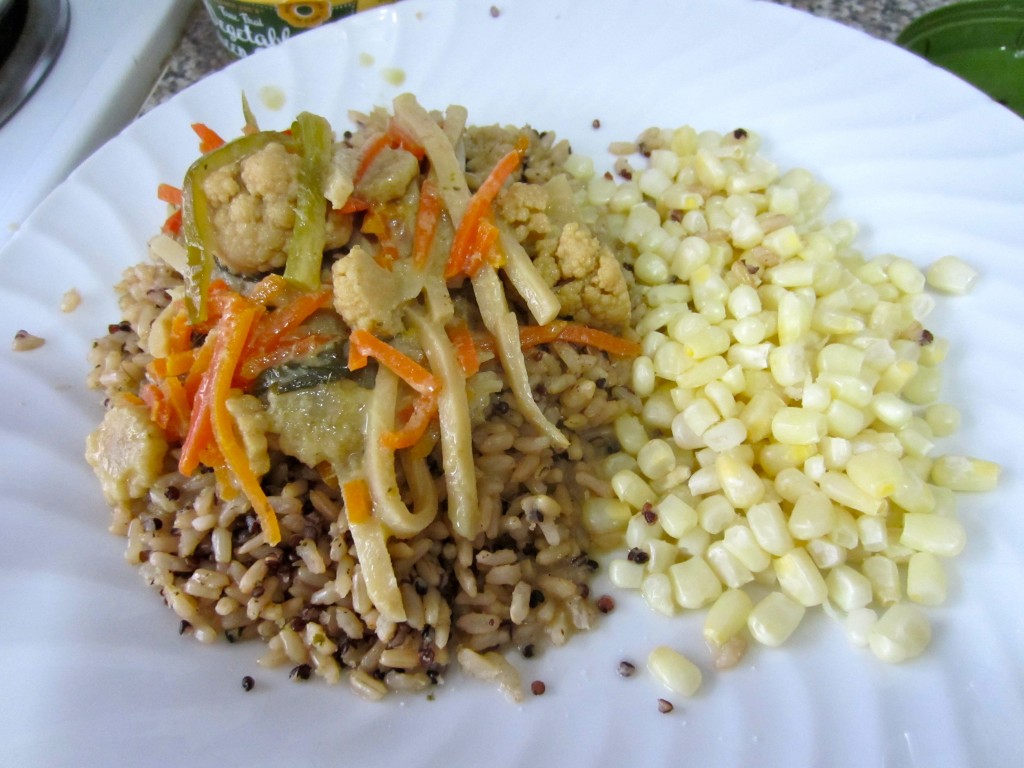 The vegetables looked a little anemic coming out of the bucket, but tasted pretty good. There’s very little heat, which was disappointing. And it’s mostly sauce. I added a side of corn so it would feel like I was getting enough veggies. It would probably be good simmered with half a pound of cubed tofu. No, it doesn’t measure up to restaurant Thai or what you can cook on your own with a nice pre-made curry paste. But for instafood, it’s perfectly acceptable.