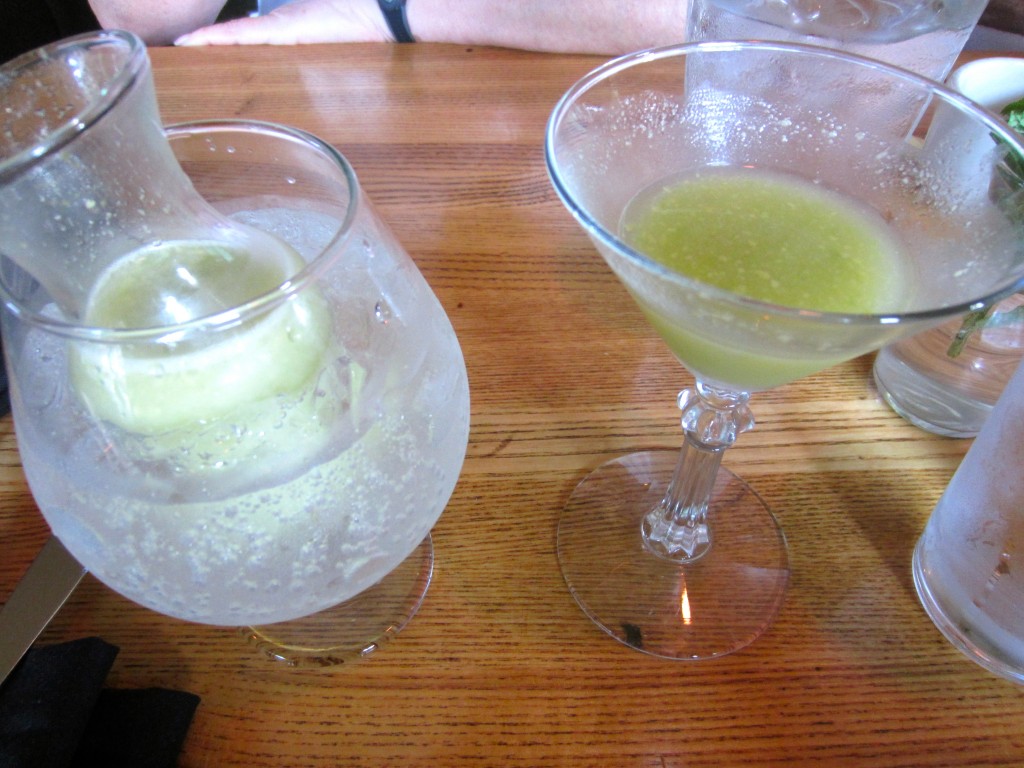 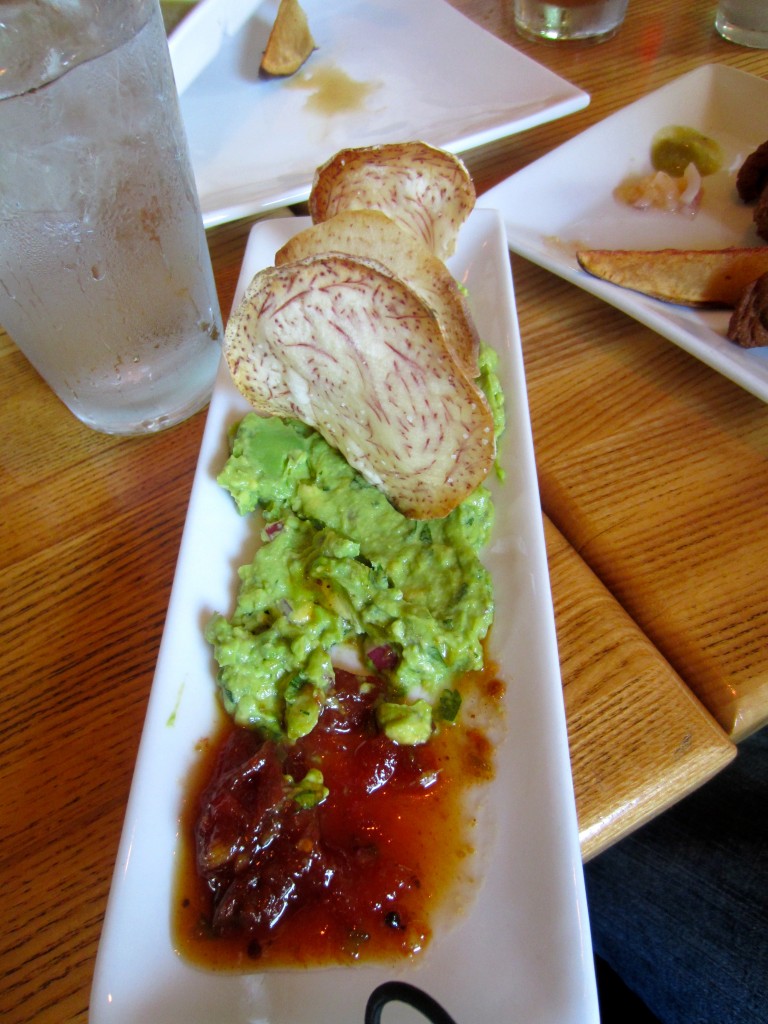 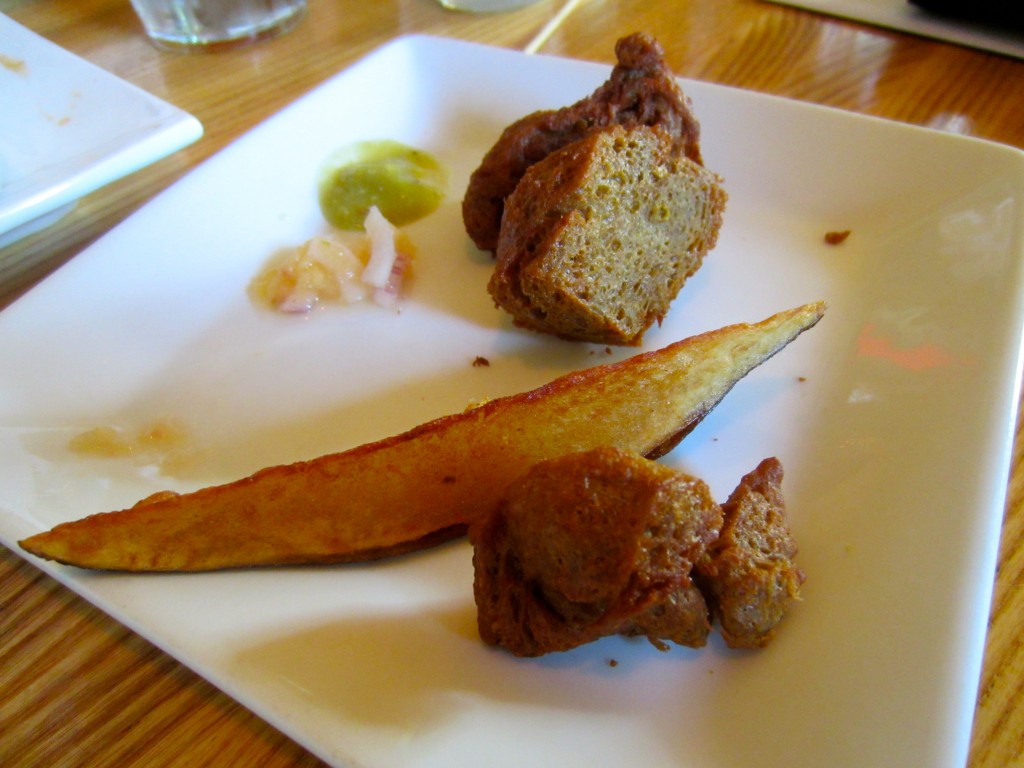 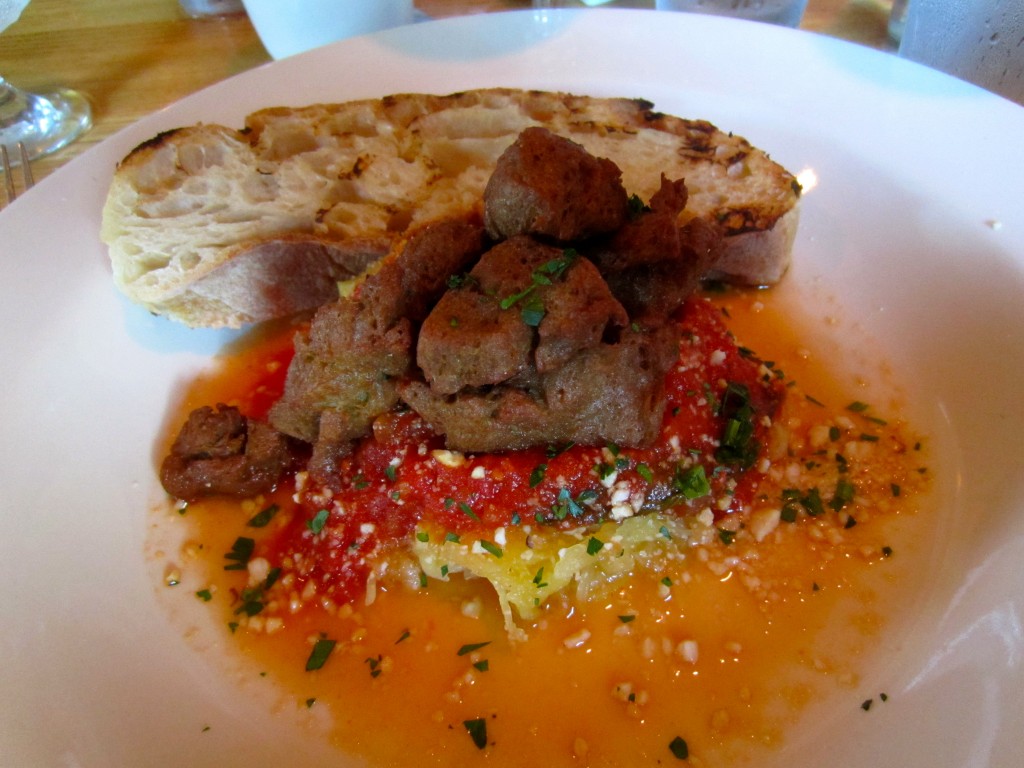 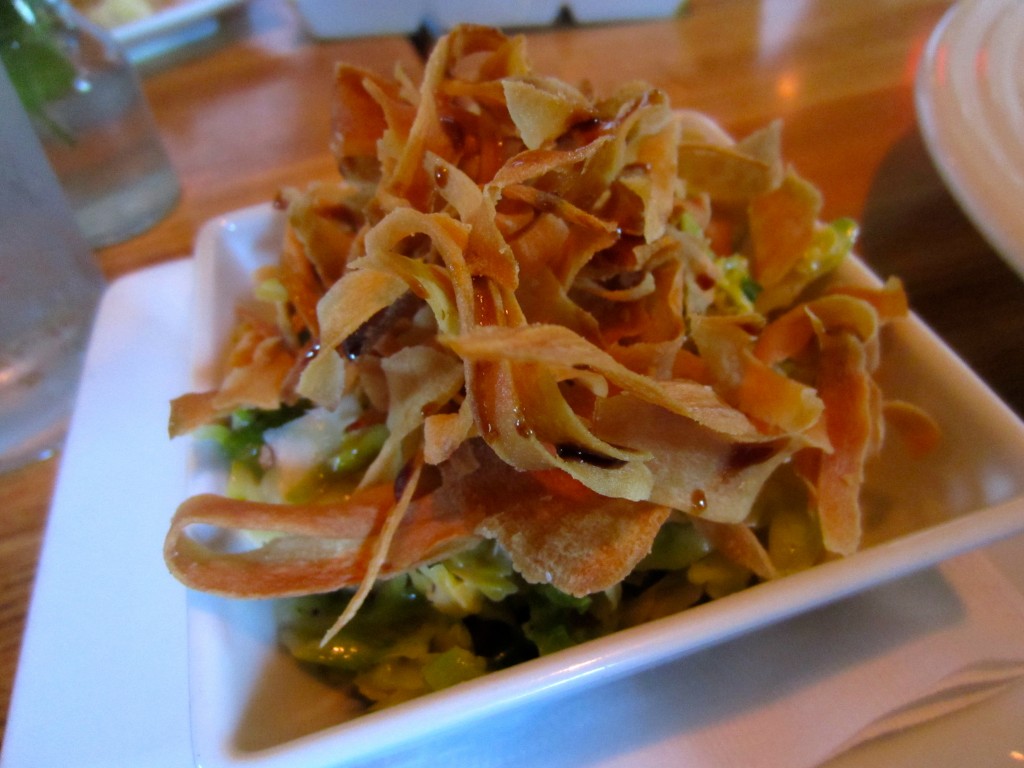 We don’t make it out to enough of these. ATL Vegan Drinks is a vegan dinner once a month with drinks and usually a special menu. The Wrecking Bar was already offering some vegan items and featuring vegetarian specials every Tuesday night so it was a good choice to try out.

We started off munching on some fries. They were excellent, but be aware that the special sauces that normally come with them aren’t vegan. 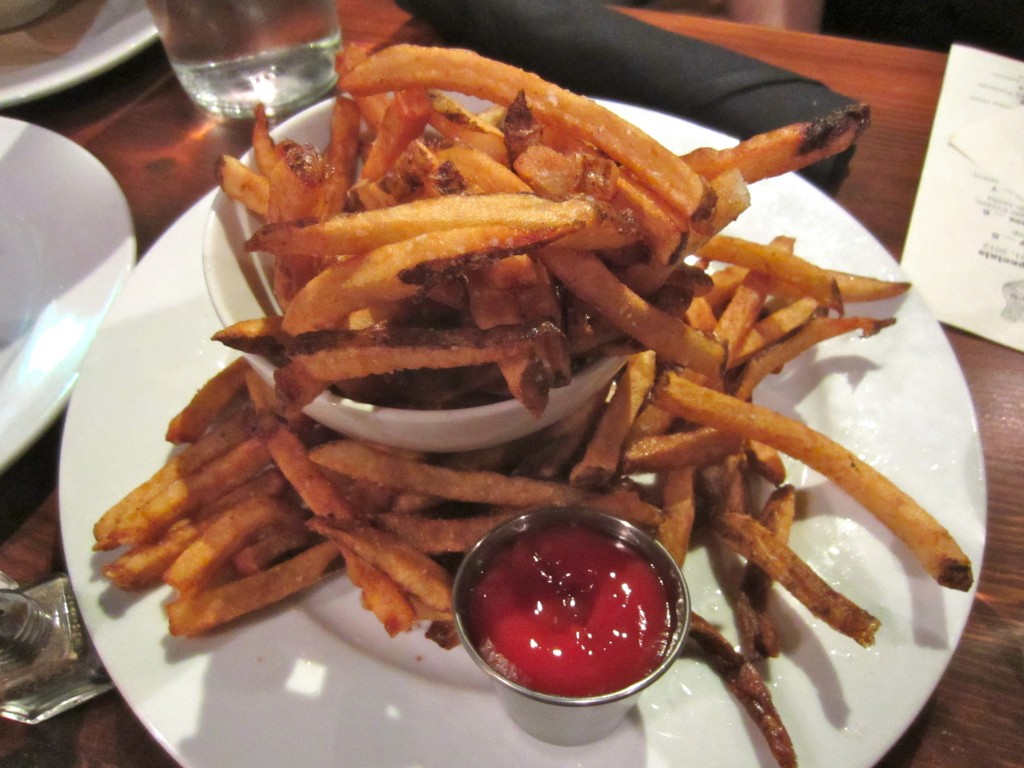 And a pretzel. It was really salty, but it advertises that right up front. You can just pull off some of the salt chunks. Looks like I got to that pic a little late… 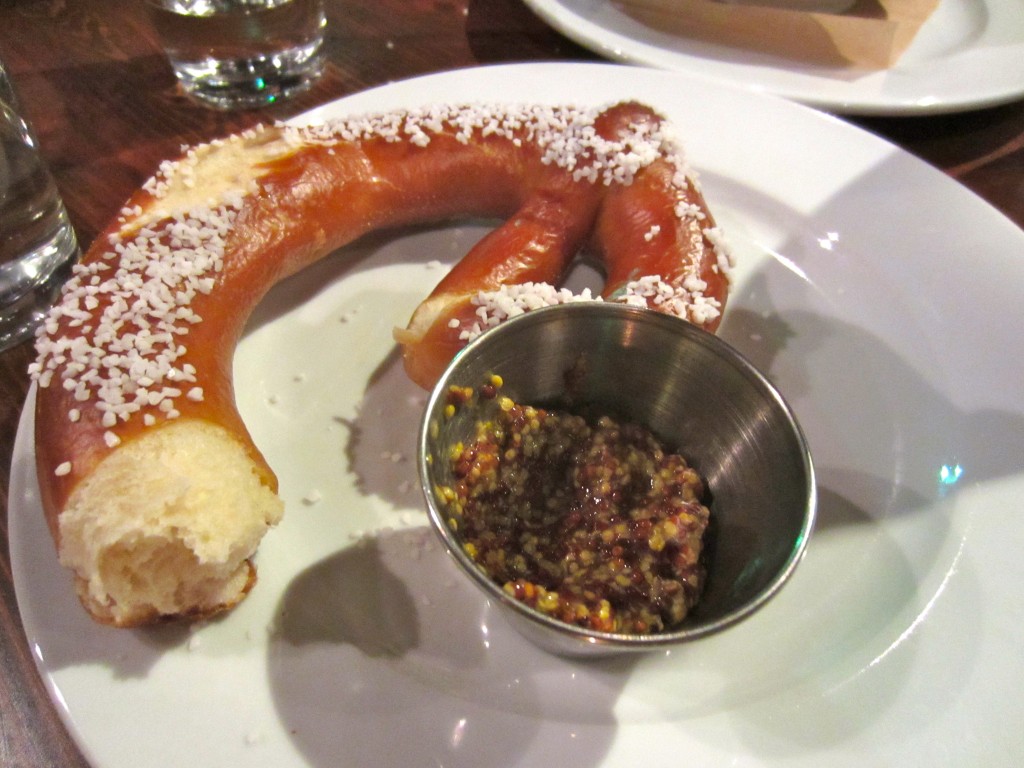 The turnip parsnip soup was delicious. The two roots really worked together to mellow each others favor. 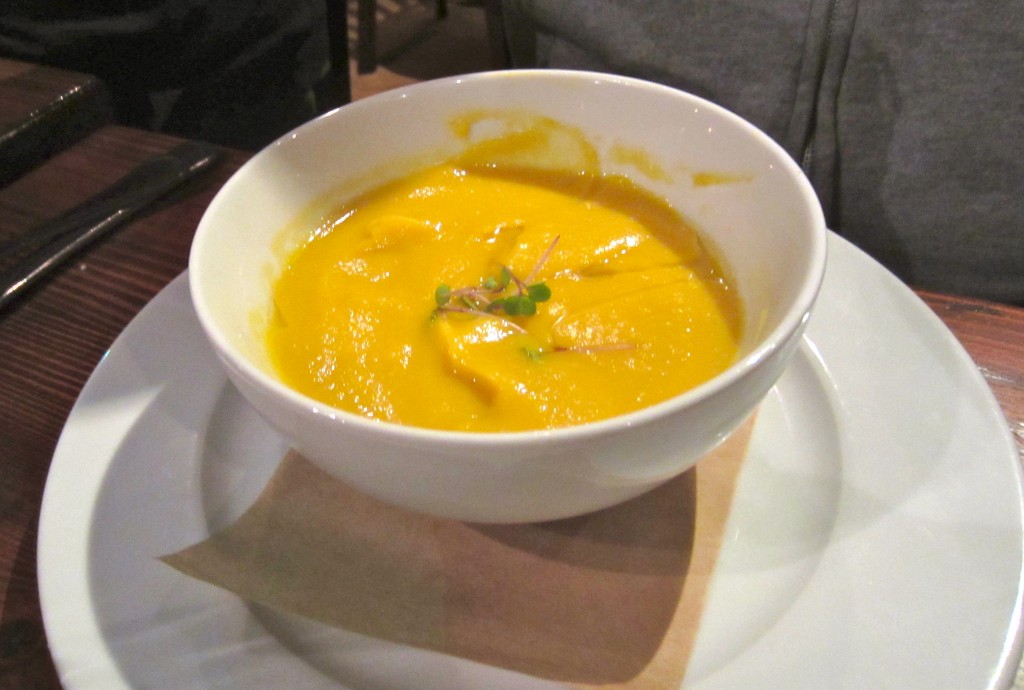 I ordered the Braised kale, mustard greens & apple strudel with chipotle-hop BBQ. It was not too heavy on the pastry and packed full of greens. So good. The BBQ sauce wasn’t as smokey as I was expecting but still good. 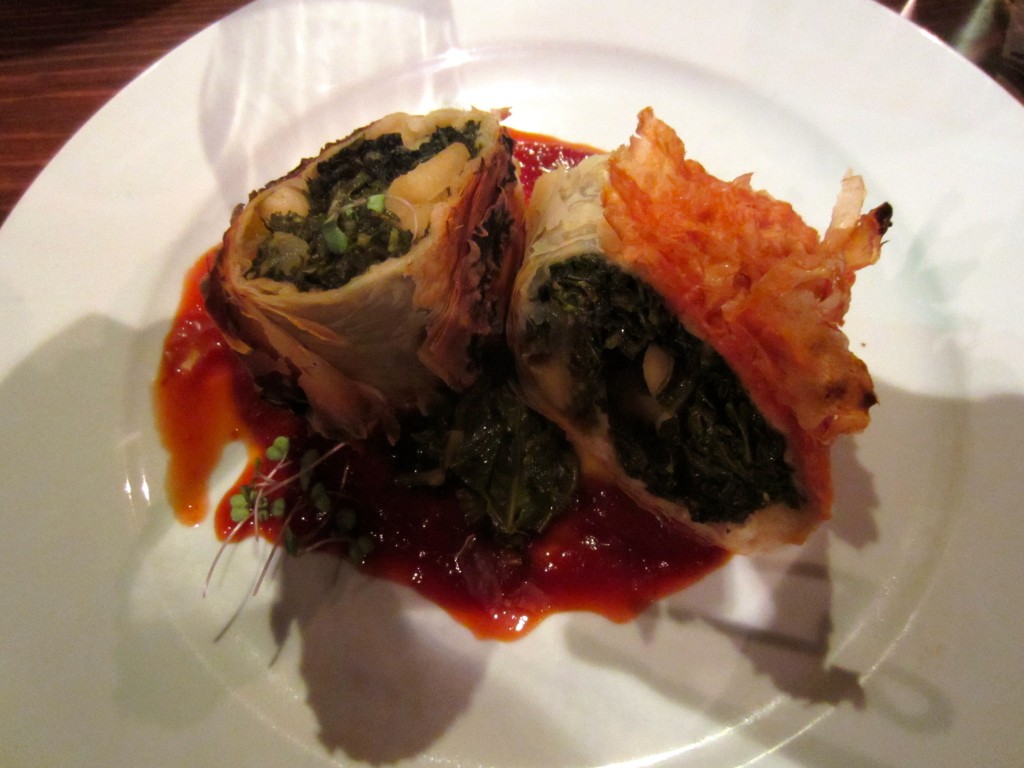 Kevin had the Sweet potato pancakes with vegetable goulash. It was tasty, but I was into my greens more. 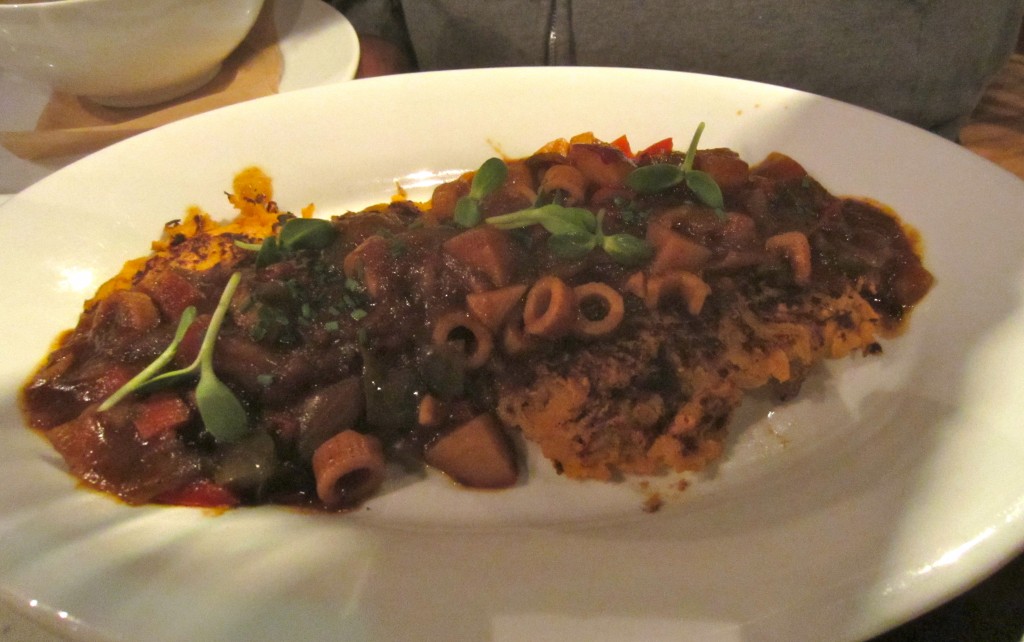 I also got to taste the Falafel and the Vegetable pappardelle with pesto with seitan. Both good. Apparently they make their own pasta in house. Their seitan had a really nice texture as well.

Since The Wrecking Bar is a brewpub I had some, uh, beer. The first one was the Jemmy Dean Stout which was okay. It lacked a certain fullness I expect with a stout. The Victor Imperial IPA was excellent though and a bit of an ass-kicker. Go slow on that one.

Thanks again to Brett for organizing these. It’s a real asset to Atlanta’s vegan community.