Despite growing up in the South, I never ate grits growing up. It was mostly a texture thing. I didn’t like anything mushy like that. Mashed potatoes don’t count.

Once I started making vegan cheese grits I felt stupid for not making them before. They’re so easy, cheap and delicious! So here’s my basic recipe. I use Daiya in these because the flavor is stronger than most of the other vegan cheeses. 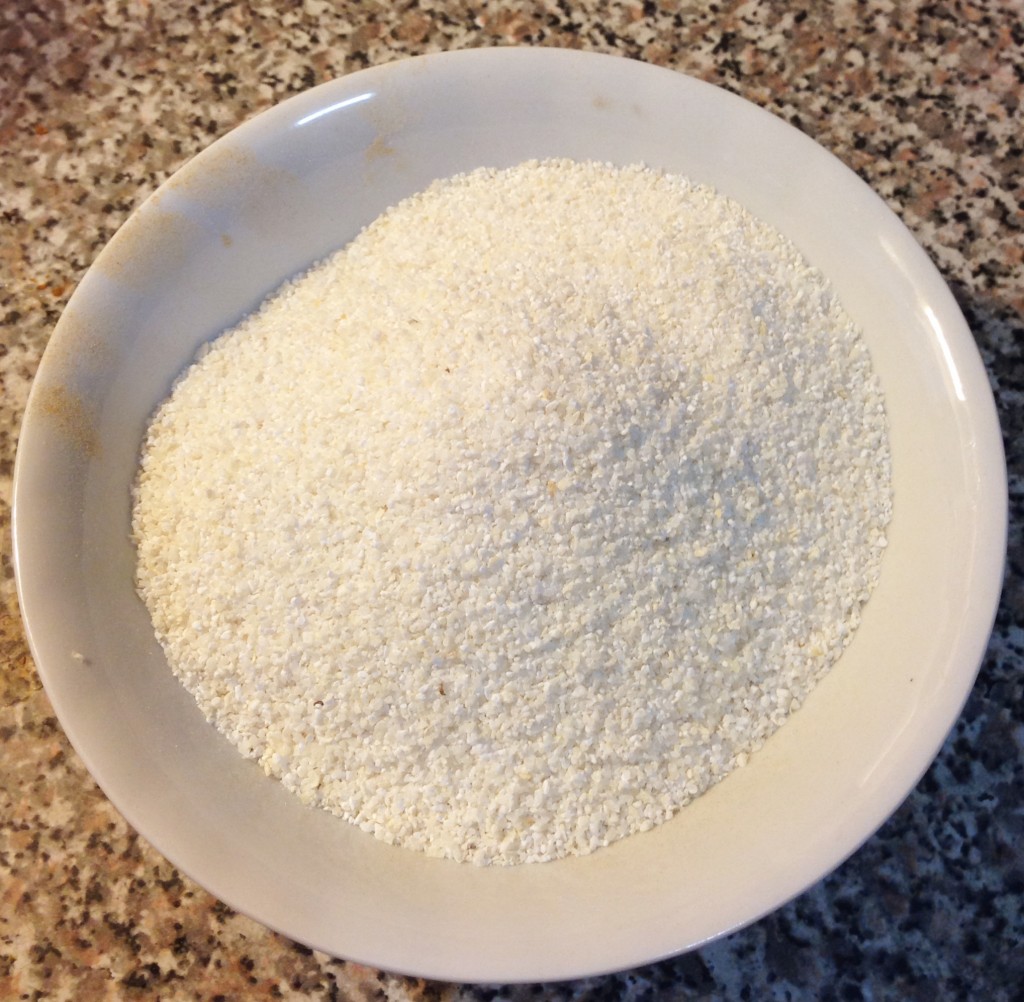 Bring the water or non-dairy milk to boil. Slowly stir in grits then add salt and pepper. Cook on medium until it starts to thicken. Stir in Daiya. Continue to cook a minute or two more until it’s the thickness you want. Add more salt and pepper to taste. Makes about 6 servings. 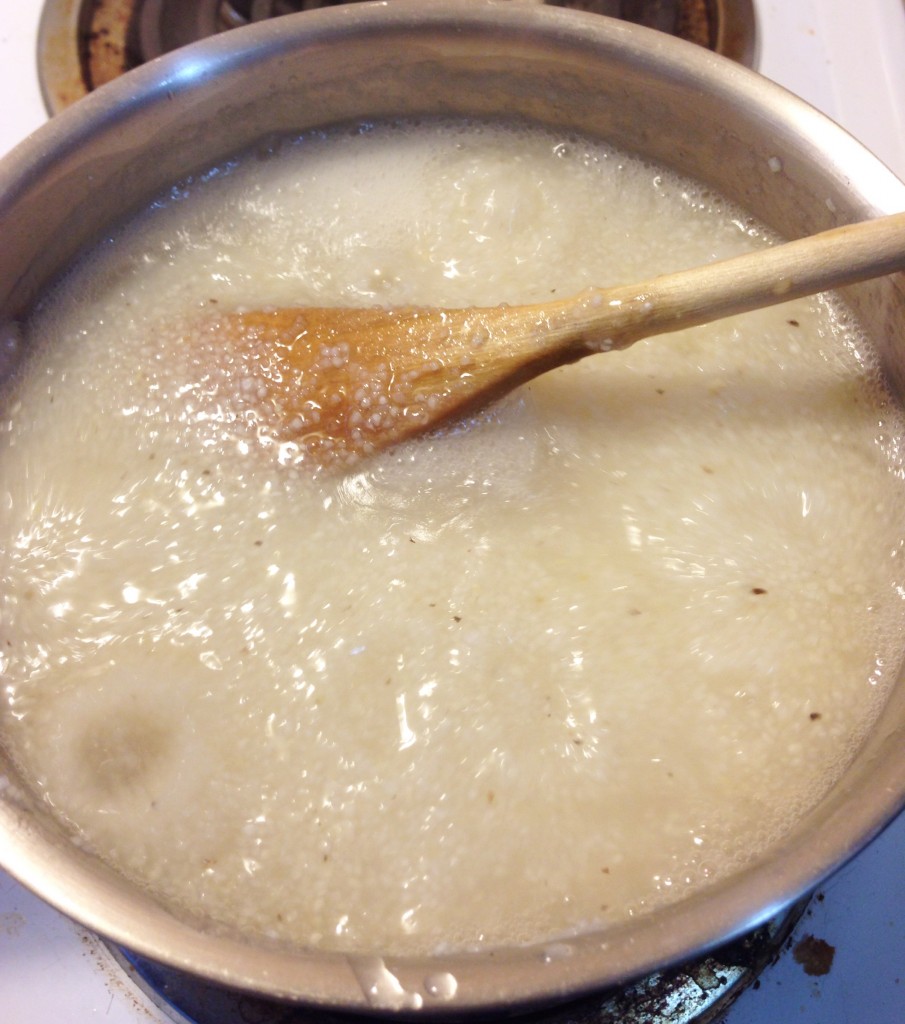 These particular vegan cheese grits ended up with sausage gravy on top. Perfect for a Breakfast for Dinner situation. 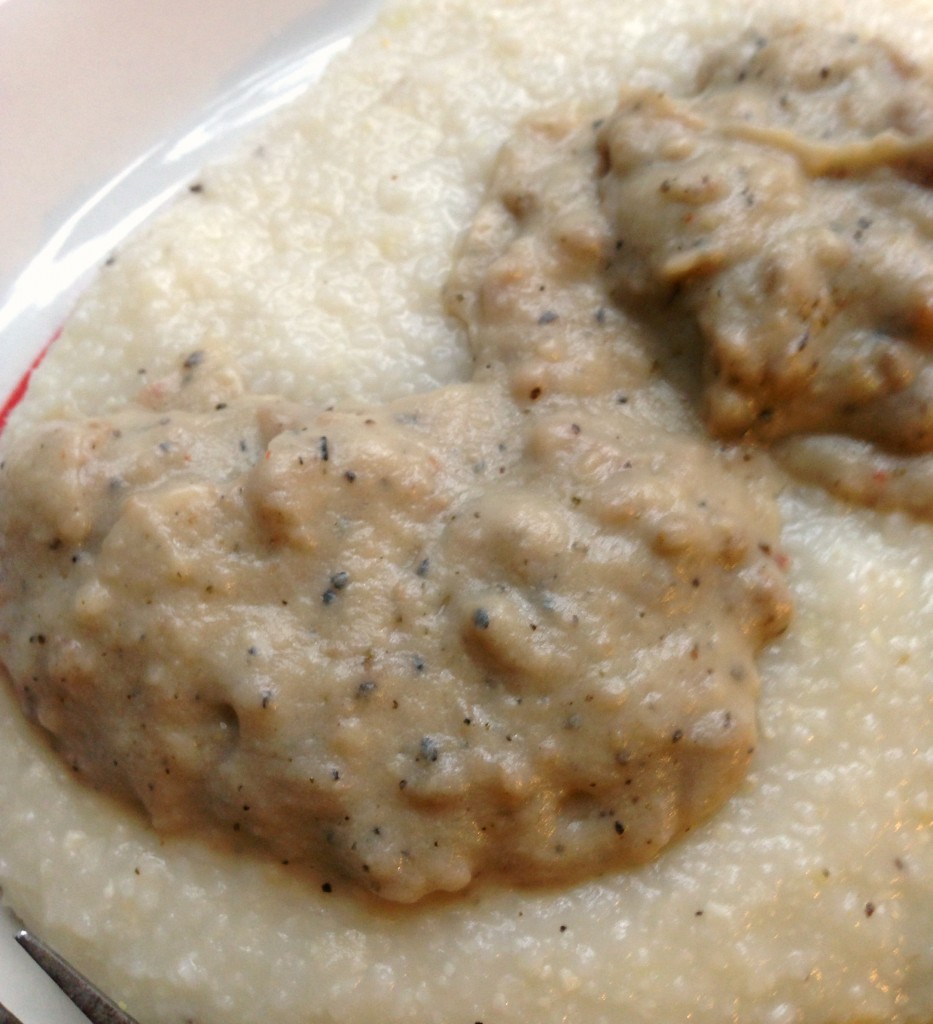 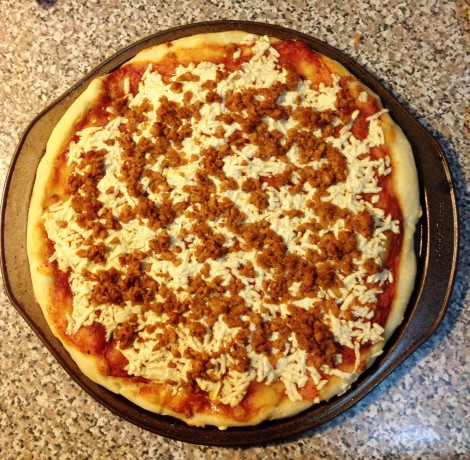 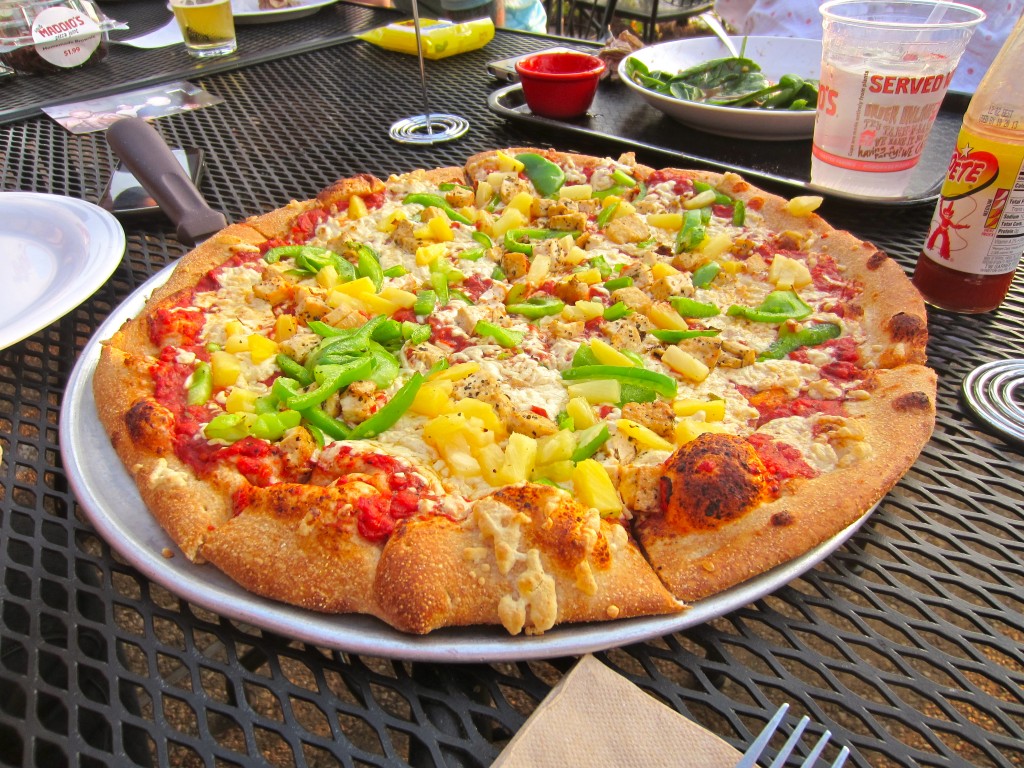 For Kevin’s birthday, we staged a (mostly) vegan invasion of Uncle Maddio’s Pizza Joint. If you don’t know, Maddio’s carries Daiya, had tofu as a topping and the whole wheat crust is vegan. It’s also inexpensive. This pizza, a beer and a soda was around $22.

Alison brought this old pic of John & Kevin. WTH, who is that guy? 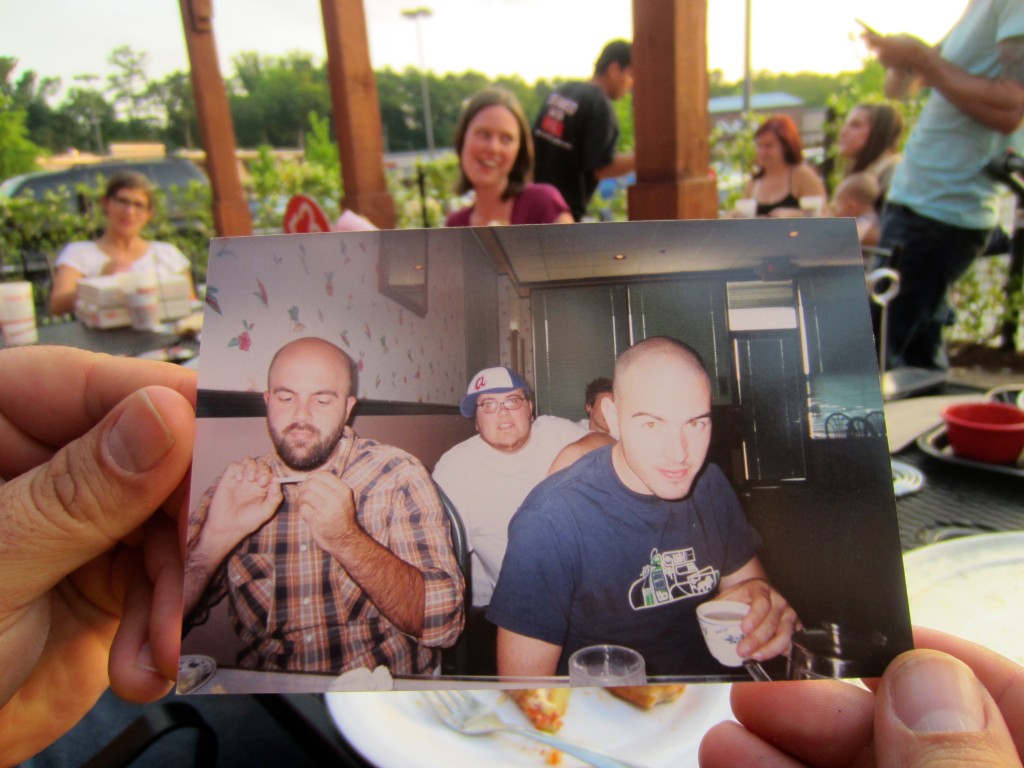 After pizza, we headed to NOT secret bowling at Suburban Lanes. And we closed the place down getting our money’s worth for the all you can bowl for $5.99 special. 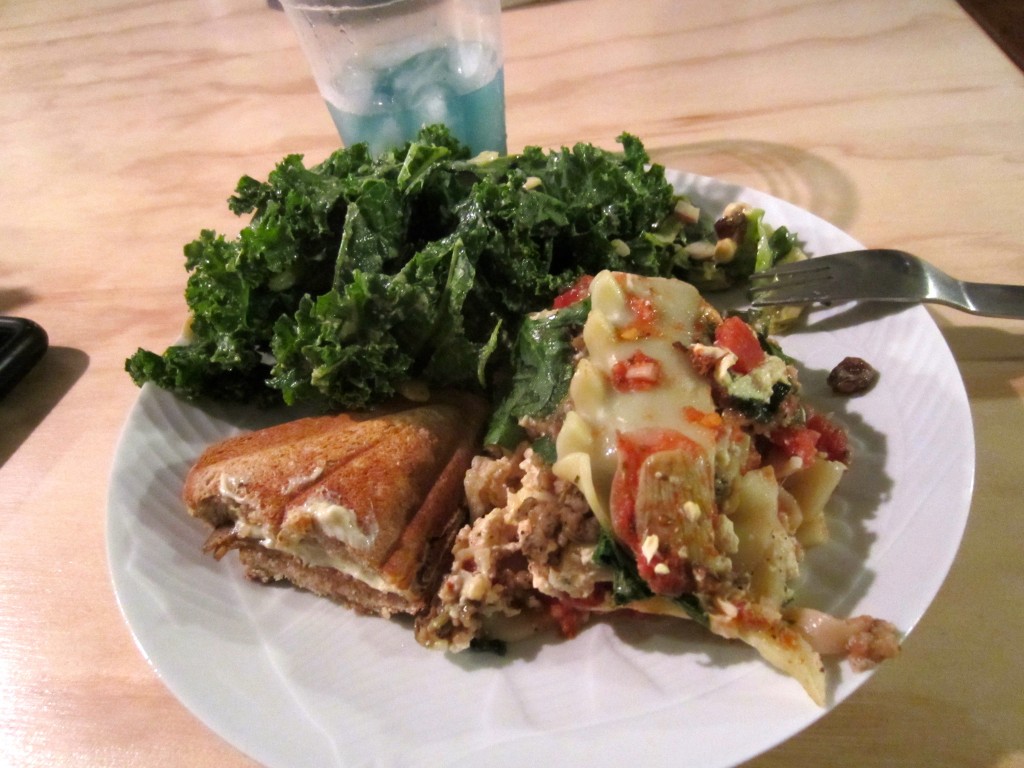 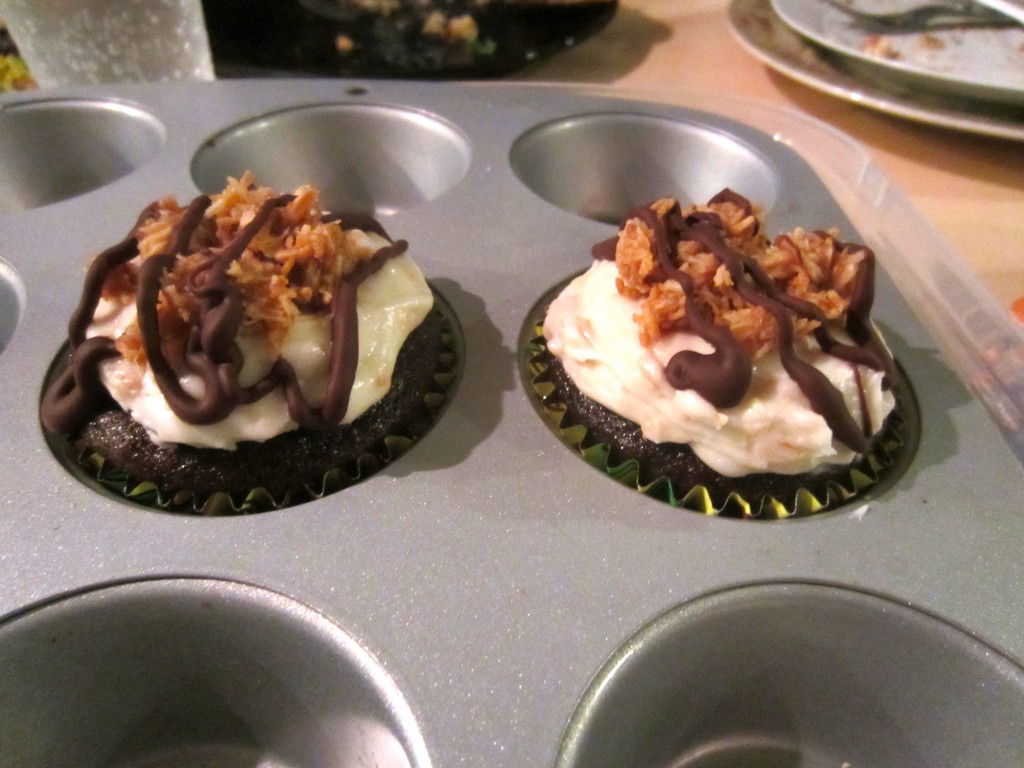 Oh yeah, and Steph made samoa cupcakes. So decadent! 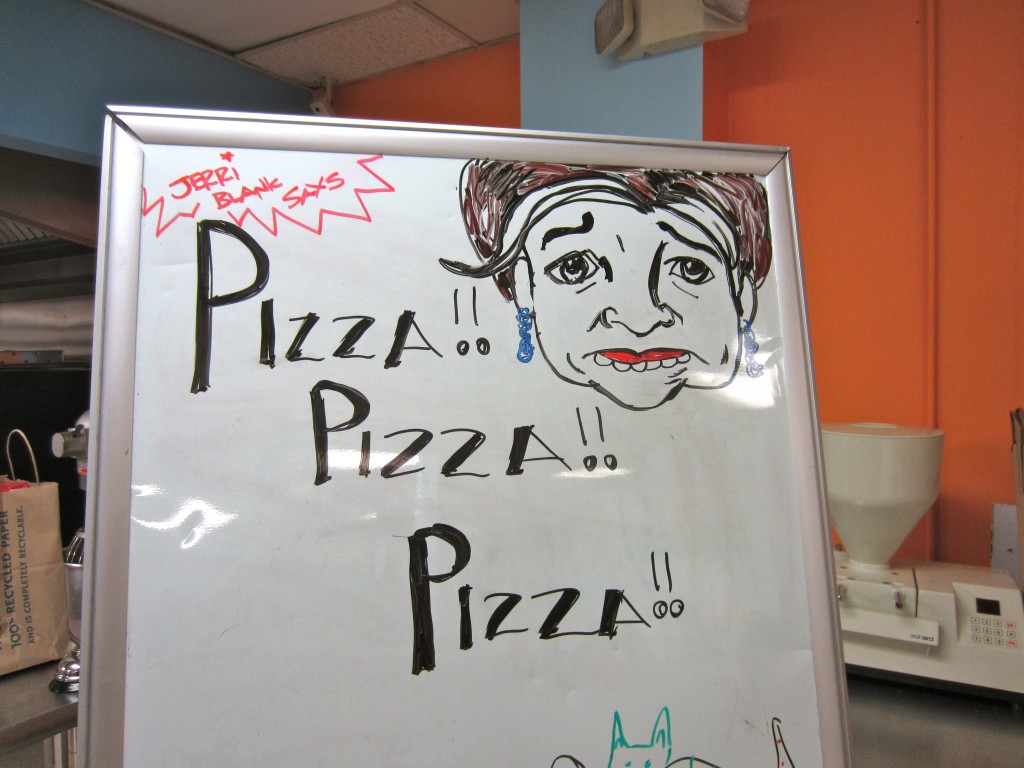 If you get a pizza craving on Christmas Eve, you might just be shit out of luck. Pizza places around here closed early, and I don’t blame them. But back to that pizza craving. Throw your own pizza party! Which is what we did. We bought a bunch of dough balls and had people bring toppings. Then made up a bunch of pizzas. 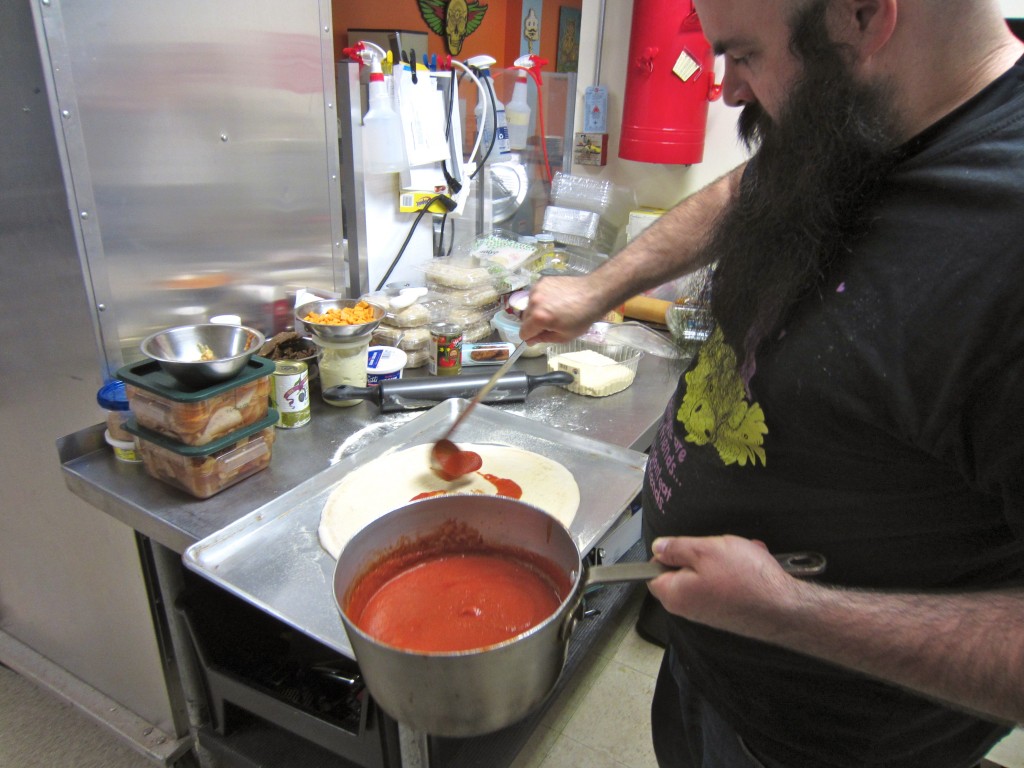 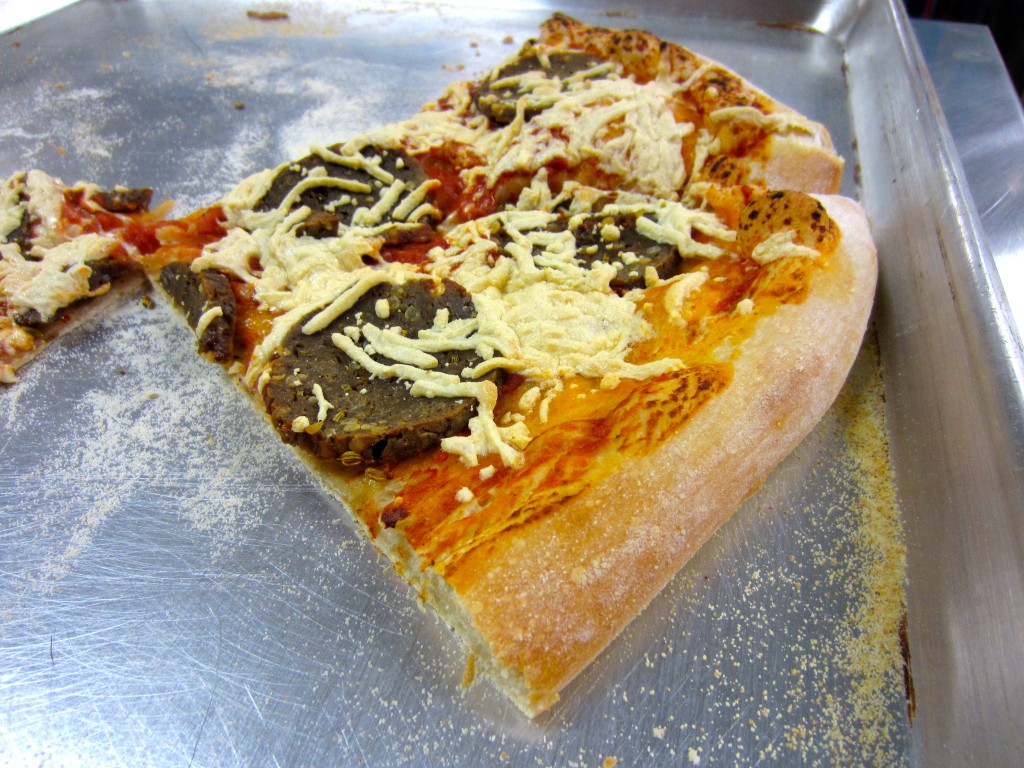 How about spinach, sausage and onion? 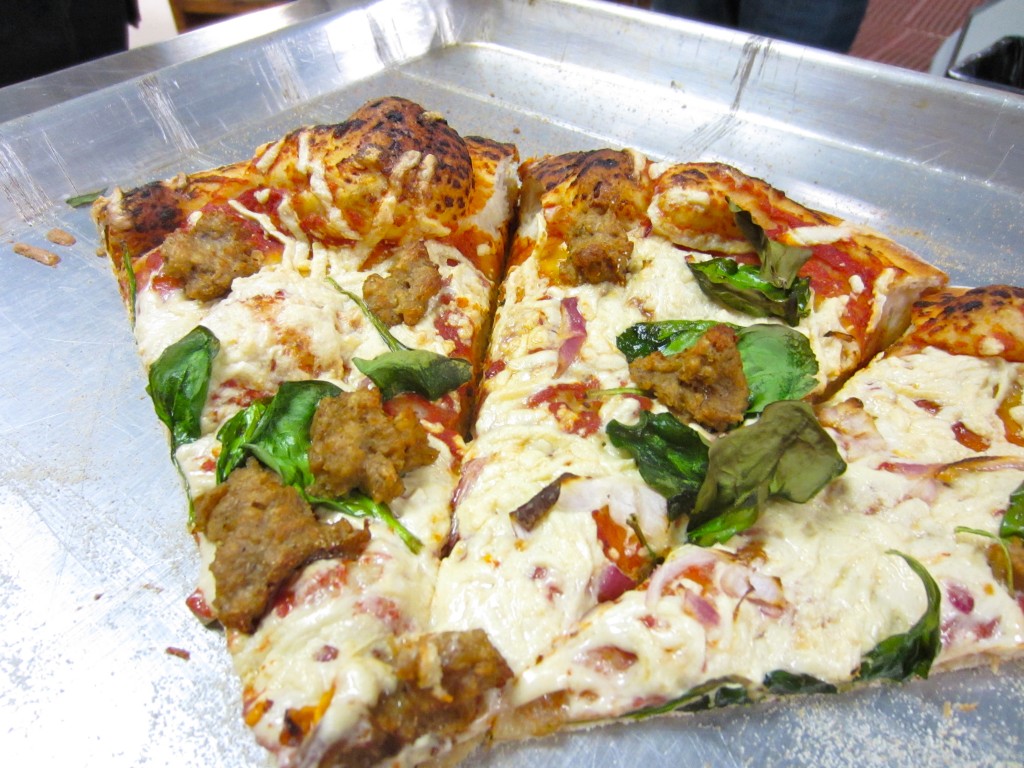 And a … crap, I don’t remember what this was. Update! Kevin tells me this was the baked potato pizza. 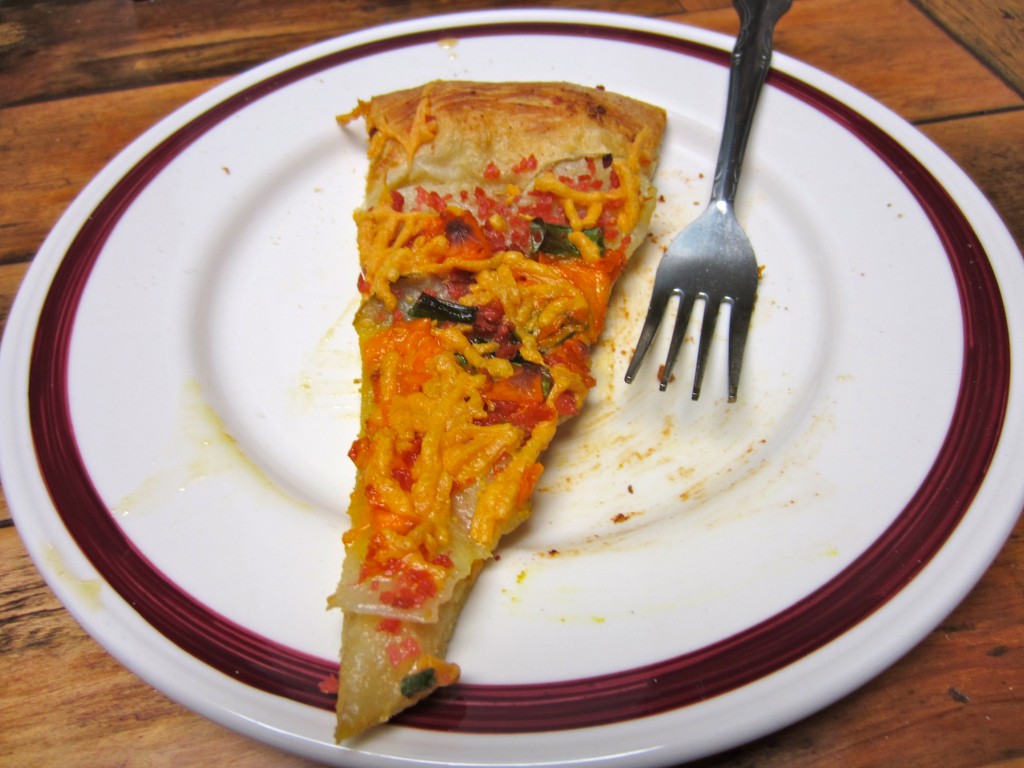 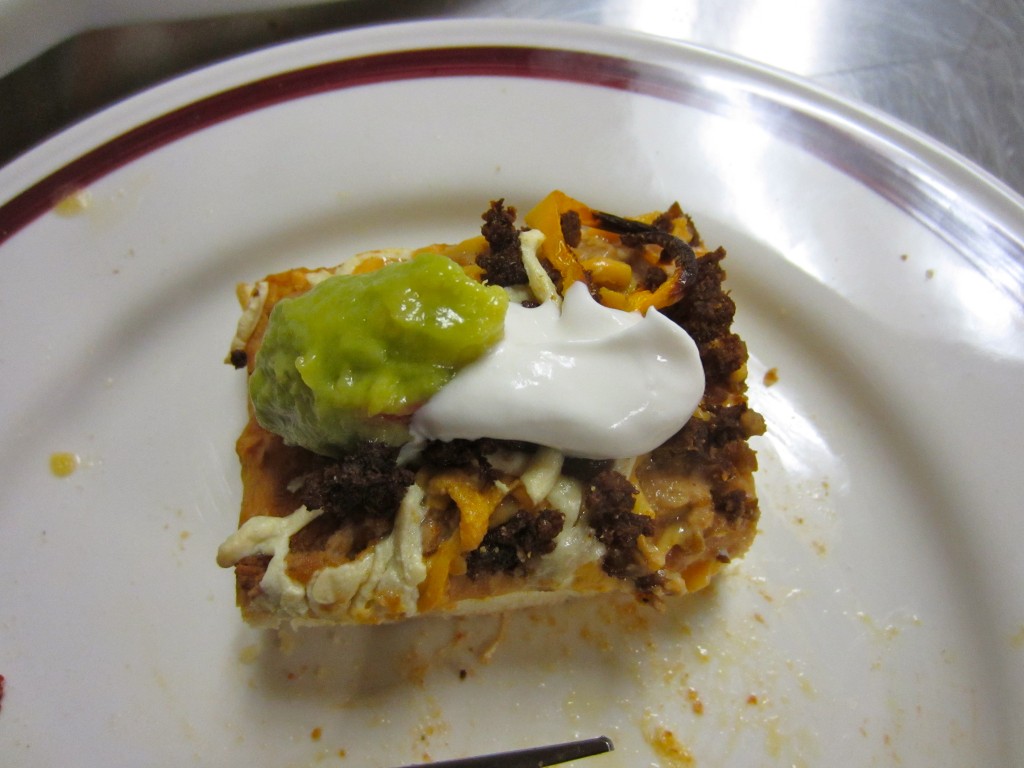 And a cheezeburger pizza topped with onion rings. Epic, right? 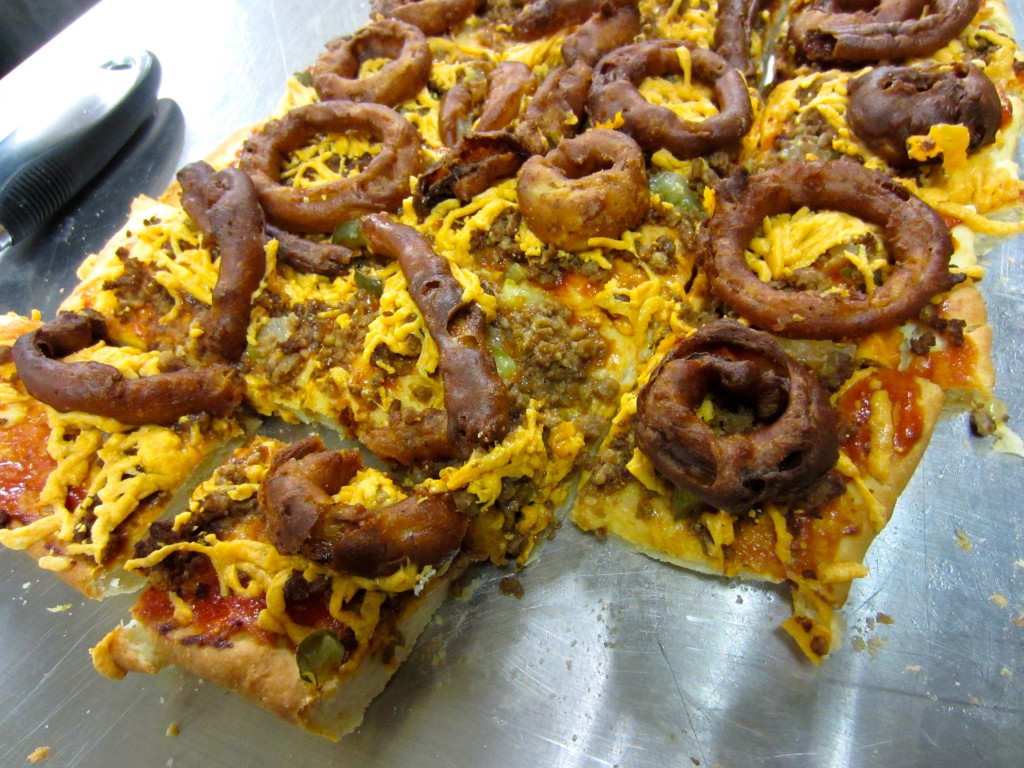 Looks like I failed to get pictures of the baked potato pizza and the chili dog pizza. Dang it.