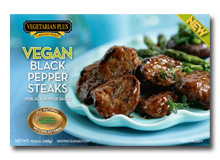 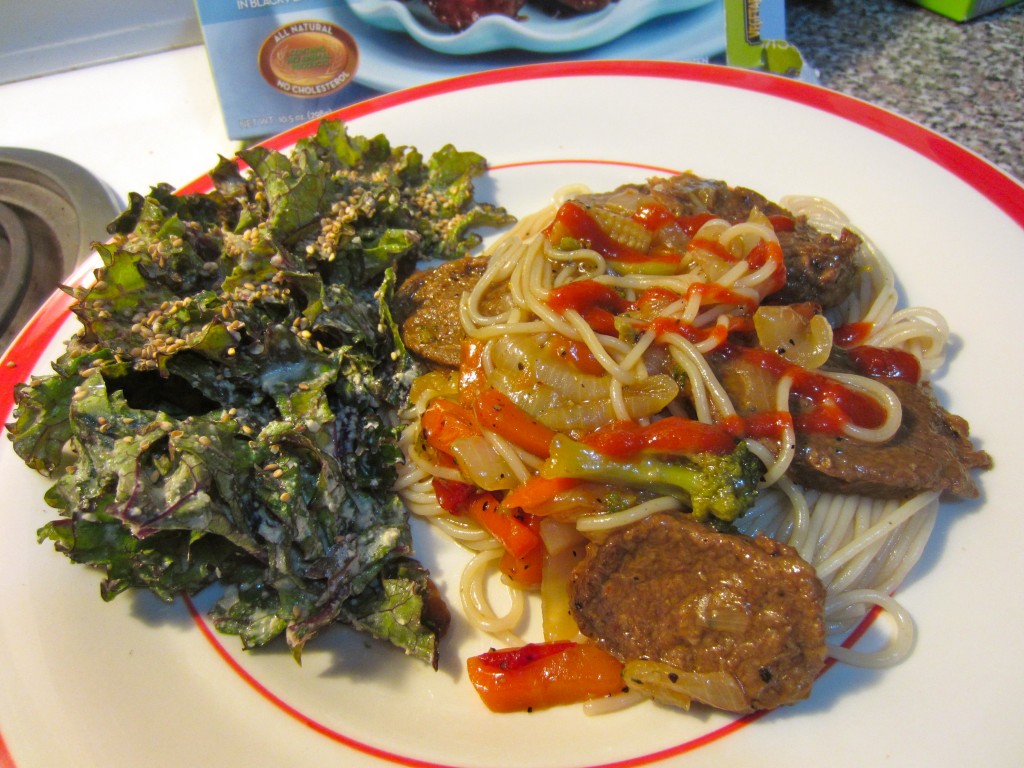 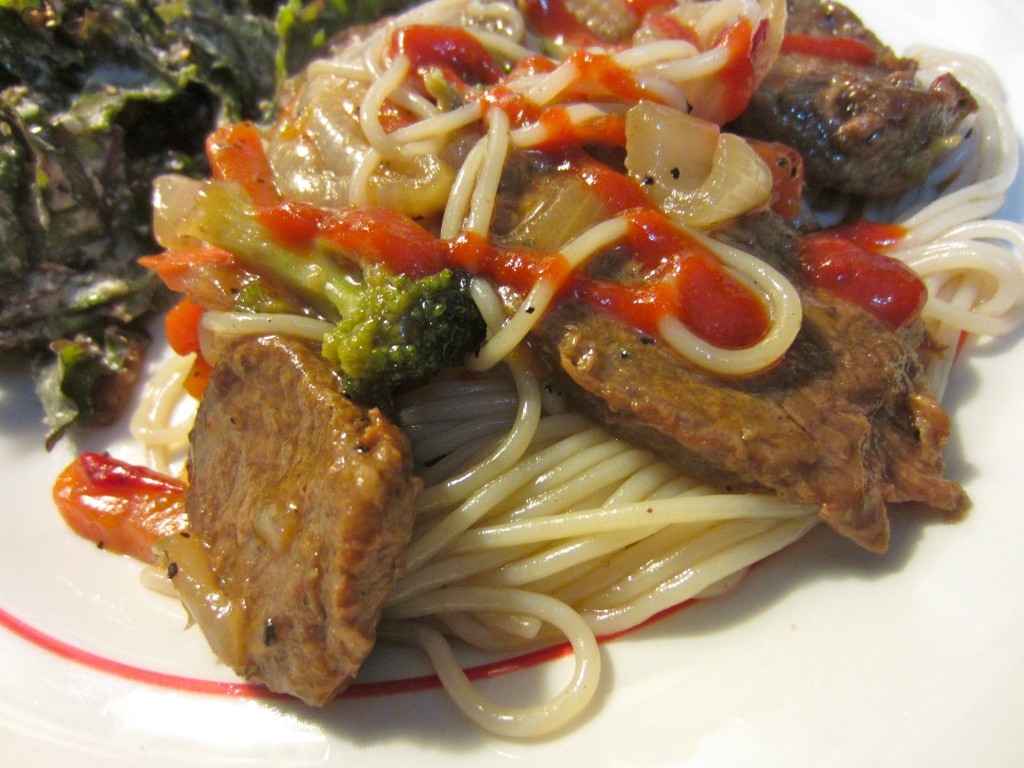 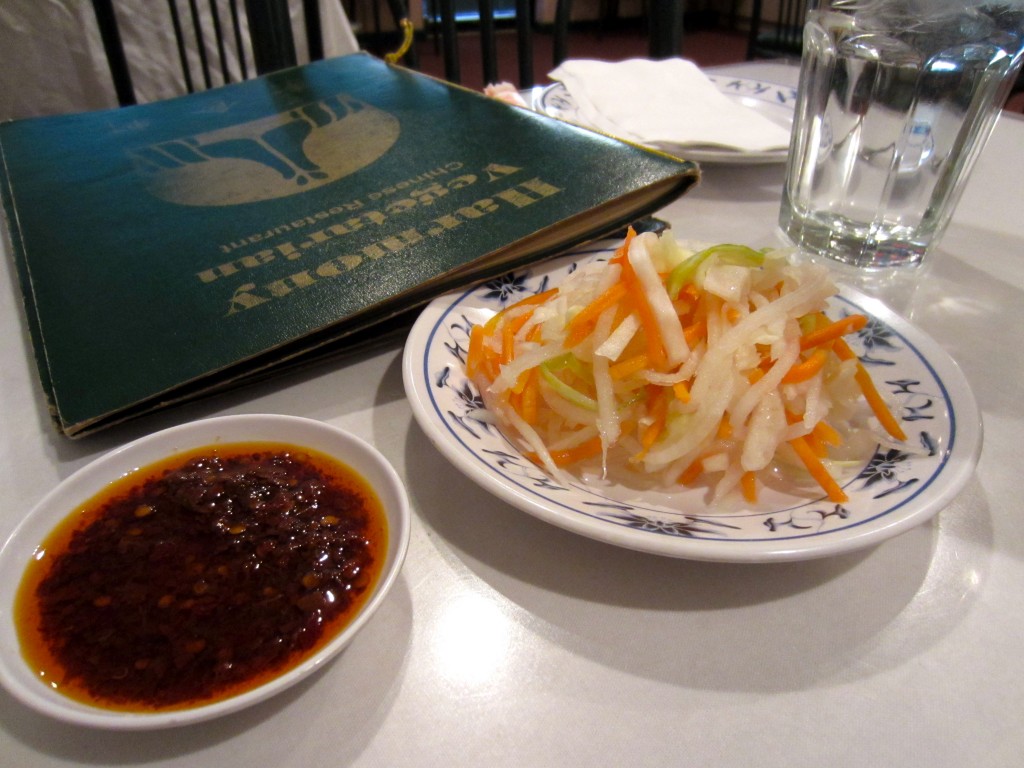 Harmony Vegetarian has been around for a long time. I think I’ve been going here since I moved to Atlanta in 1998. They have an extensive menu with all sorts of fake meats. I’m a big fan of the Kung Pao Chicken, sometimes I’ll get one of the veggie fish dishes, but this night, hanging out with the awesome Saluzzis of Cosmo’s Vegan Shoppe fame, I was craving soup. Right, so, I make soup at home and apparently haven’t had enough so I’ve got to eat it out too. Wait, I’m skipping ahead. First I started off with a Chinese Pizza (scallion pancake.) Harmony’s is full of extra-fried goodness. If someone told me they deep-fried these, I wouldn’t be surprised. 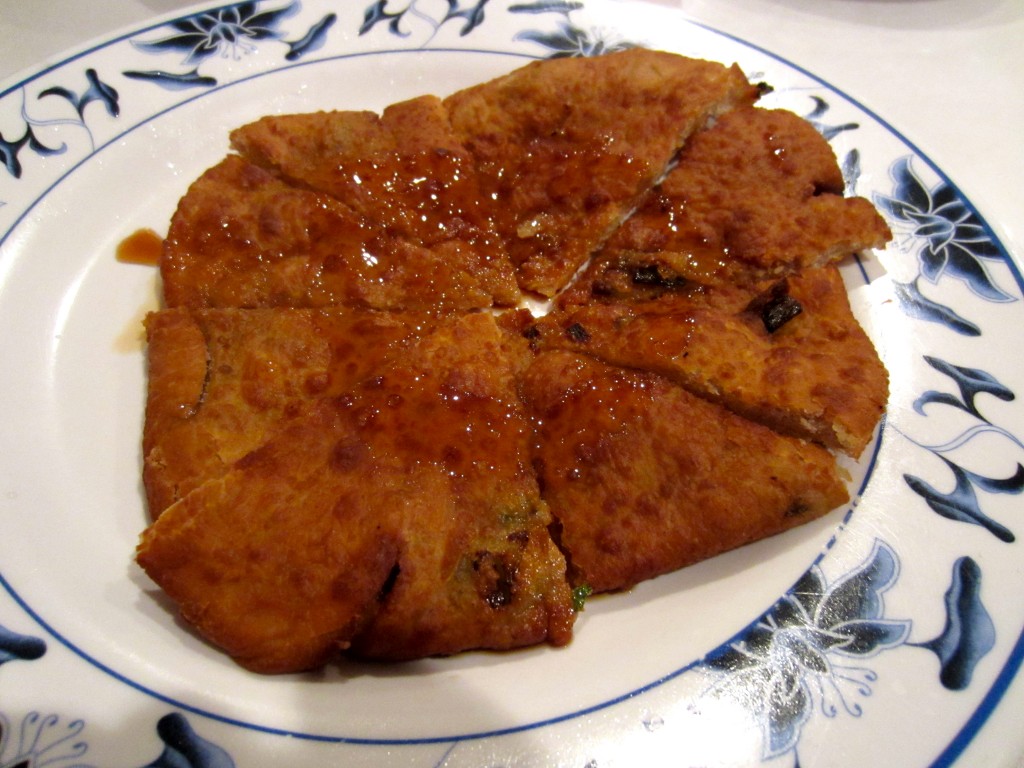 Now, back to that soup. Not just any soup, but Ham Noodle Soup. Smoky ham, broccoli, carrots and noodles in broth. In a huge bowl. I always have leftovers. Yay! Okay, so there’s a weird quirk about ordering this. You might think you’d find it under “soups” on the menu. You would be wrong. It’s in the back of the menu under “noodles.” There are other noodle soups there too if you aren’t into the ham. 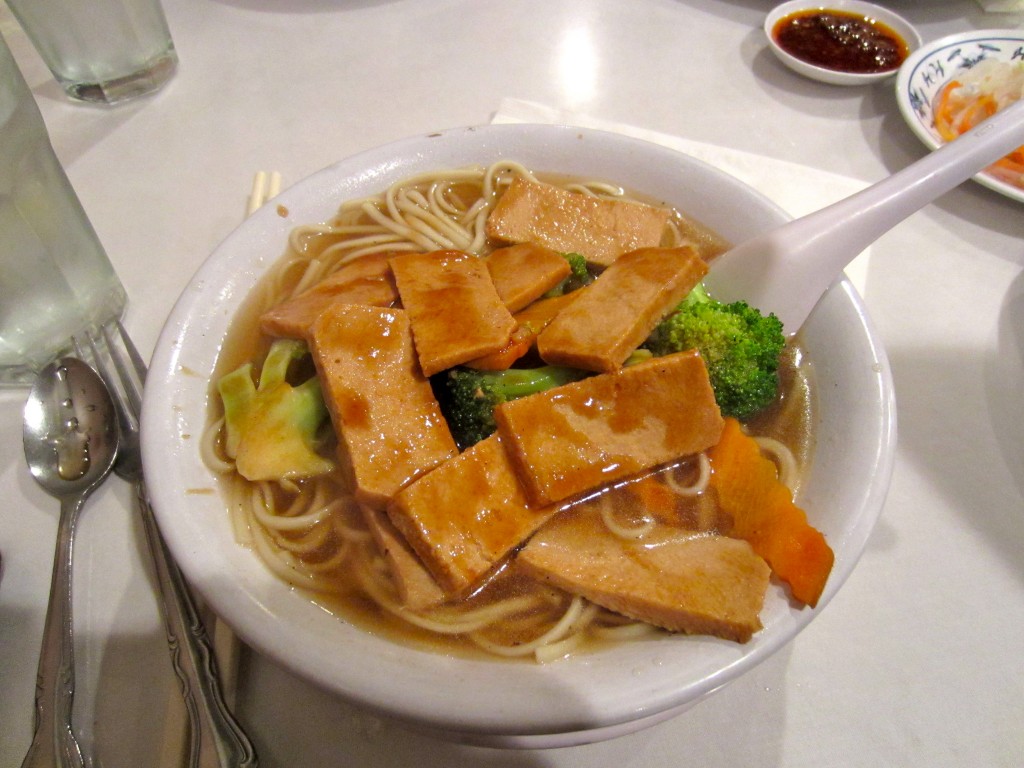 Here’s another one from Hearty Vegan Meals For Monster Appetites. With stir-frys you can usually take liberties with the veggies included and I did. I had double the sugar snap peas so I left out the regular peas. And I used half the sesame oil. It was good, filling and a half recipe made 4 full servings. You might even call them “hearty.” 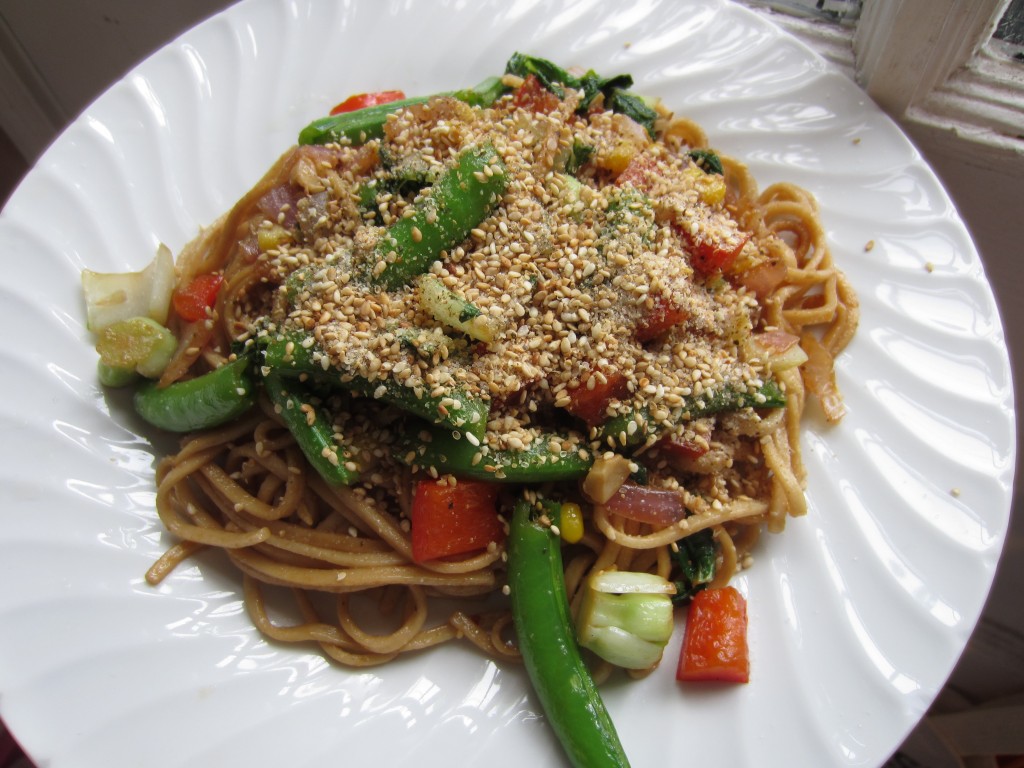 Apparently I’ve been revisiting old favorites lately. The piles of Fall squash in the markets always make me think of this dish, Tanya’s Asian Creation from How It All Vegan. Another one that comes together quickly with ingredients that can hang out for a while without going bad. I love to have a few of those up my sleeve for weeks when you don’t really know what you’re doing one night to the next.

This time I used a cute little butternut I had hanging out. Even though it was small, I had extra that I put in the freezer already cubed for later use. Oh, and make the gomashio. It makes the dish and is quick and cheap to make. 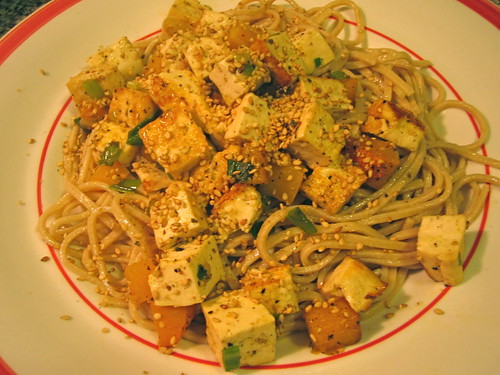 Early into VeganMoFo, I saw this recipe on Mo’s blog and it totally appealed to me. Especially since I think we were in the middle of the great flood of 2009. What’s more appealing on a gloomy day than an lovely bowl of soup. Especially one with such bright flavors.

I did make a couple of small changes. There were only a few sad looking jalapenos at the farmer’s market so I grabbed a serrano instead. And I chucked in a sliced clove of garlic with the ginger because I just couldn’t help myself. Oh, and I almost forgot, I also chopped up a couple of romaine lettuce leaves and chucked them in the bowl. This was really easy and totally satisfied the pho craving I’ve had lately. Well, for now. But it’s easy enough to bust this out another time pretty quickly.