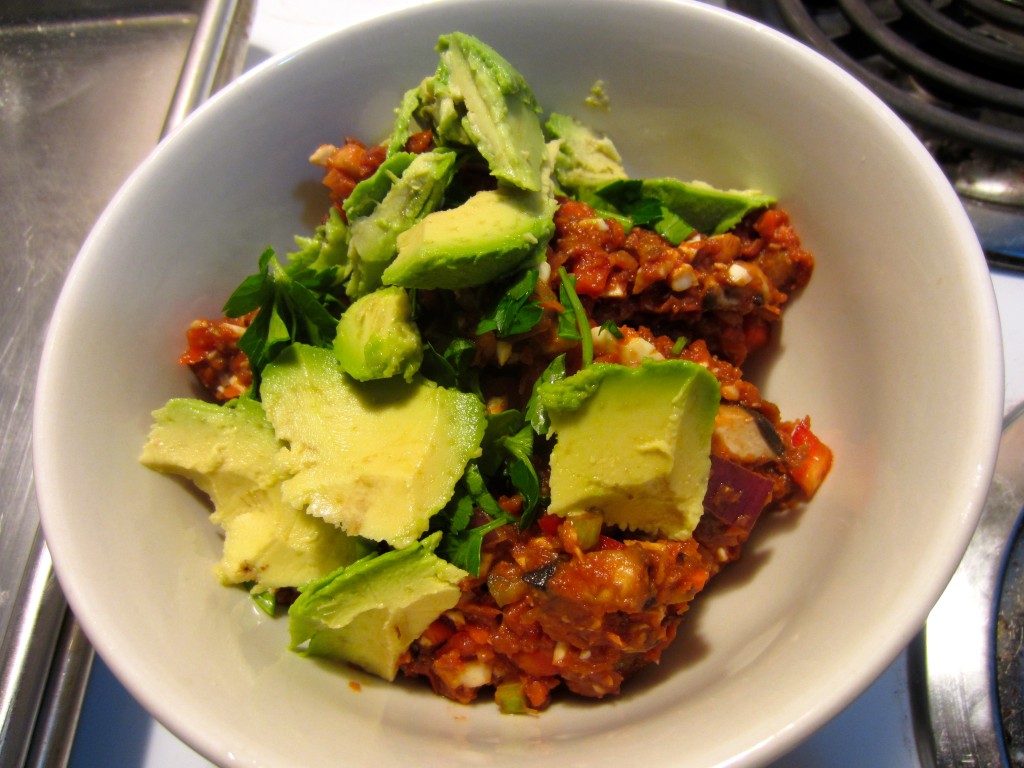 This is the chili from Everyday Raw. I can be weird about mushrooms, but the amount of portobello in here is small enough that it didn’t bother me. The texture was a nice mix of crunch and soft and the taste was spot on chili. The recipe made a huge amount. I will try halving it next time I make it. I can only eat so much of strongly acidic foods like this. 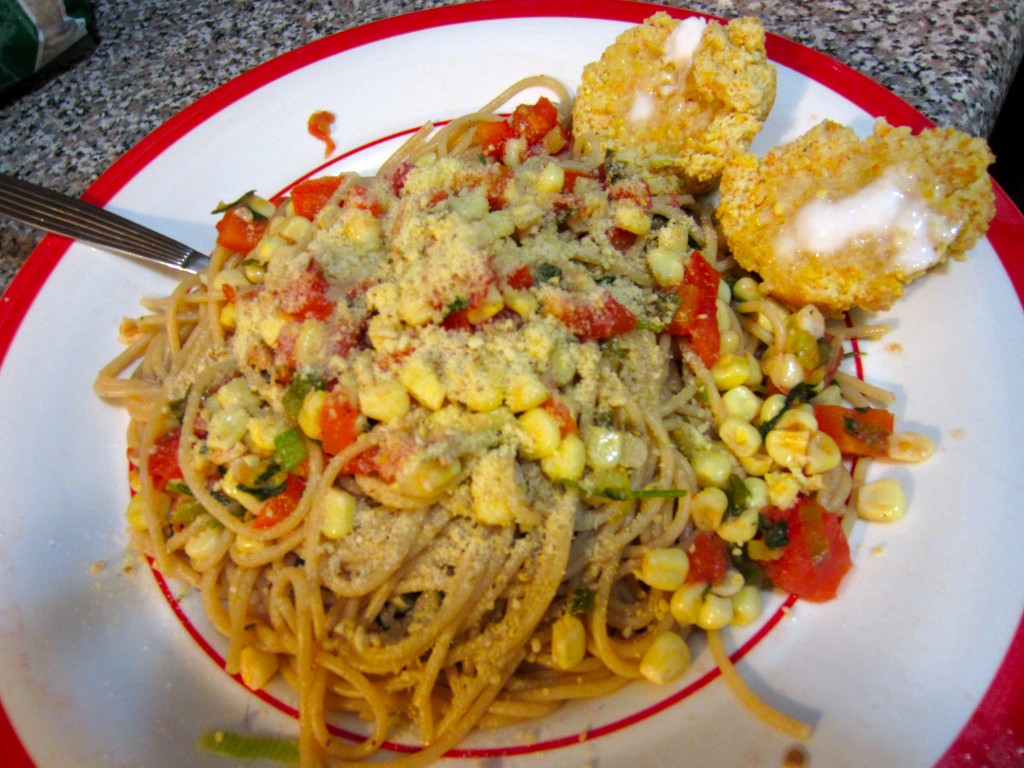 The year I went vegetarian, 1996, I received Vegetarian Cooking For Everyone as a Christmas gift from one of my co-workers. And I’ve been using it regularly ever since. Again, not a vegan cookbook but there is plenty in here for vegans. I come back to this recipe just about every summer when corn and tomatoes are at their peak. I’ve used corn pasta in the past, but this time I used whole wheat spaghetti. The recipe calls for a little cheese which I just ignored although I did sprinkle some fake parmesan on top.

Oh, and there at the top, corn muffins with that coconut Earth Balance. Need more delivery systems for that spread.

Someone blogged a while back about the fact that you can pick up Butter Chicken seasoning and the spice packet itself is vegan. So last time I was at the Indian market I picked one up with the intention of trying out a “Butter” Tofu. I finally got around to that this week. 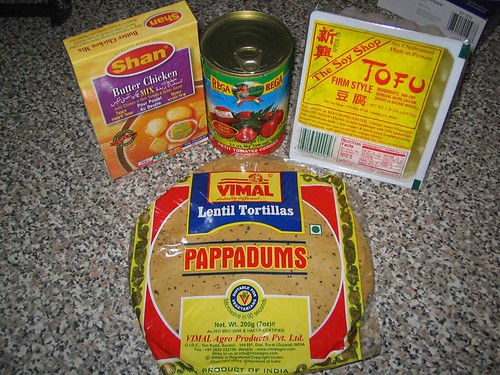 Here’s the mix I used, the tomatoes I added and the tofu. I’m not sure why the pappadums jumped in the picture…I loosely used the recipe on the back of the box. Here’s what I did: “Butter” TofuIngredients1 pound firm or extra firm tofu, drained and pressed2 tablespoons lemon juice1/2 packet Shan Butter Chicken Mix2 tablespoons oil 1 14oz. can whole cherry tomatoes or diced (smash them if you use whole ones)1/2 cup soy milk2 tablespoons Earth Balance Mix lemon juice, 1/4 cup of water and the 1/2 packet of seasoning mix. Pour over drained, pressed tofu and marinate 30 minutes. Heat oil in a non-stick frying pan. Add marinated tofu reserving the marinade. Fry up until browned. Add tomatoes, soy milk, and reserved marinade. Cover, reduce heat to low, and cook 15 minutes. Add Earth Balance, stir in until melted.Eat. 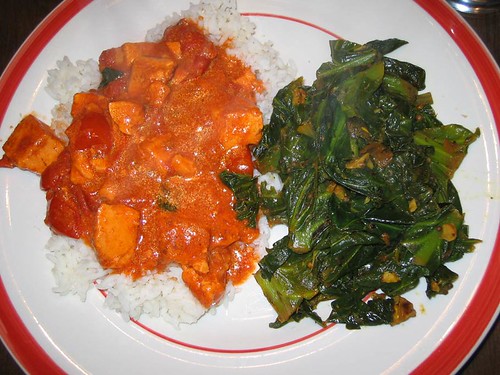 We ate it over basmati rice with Dino’s Collards. Nummy.