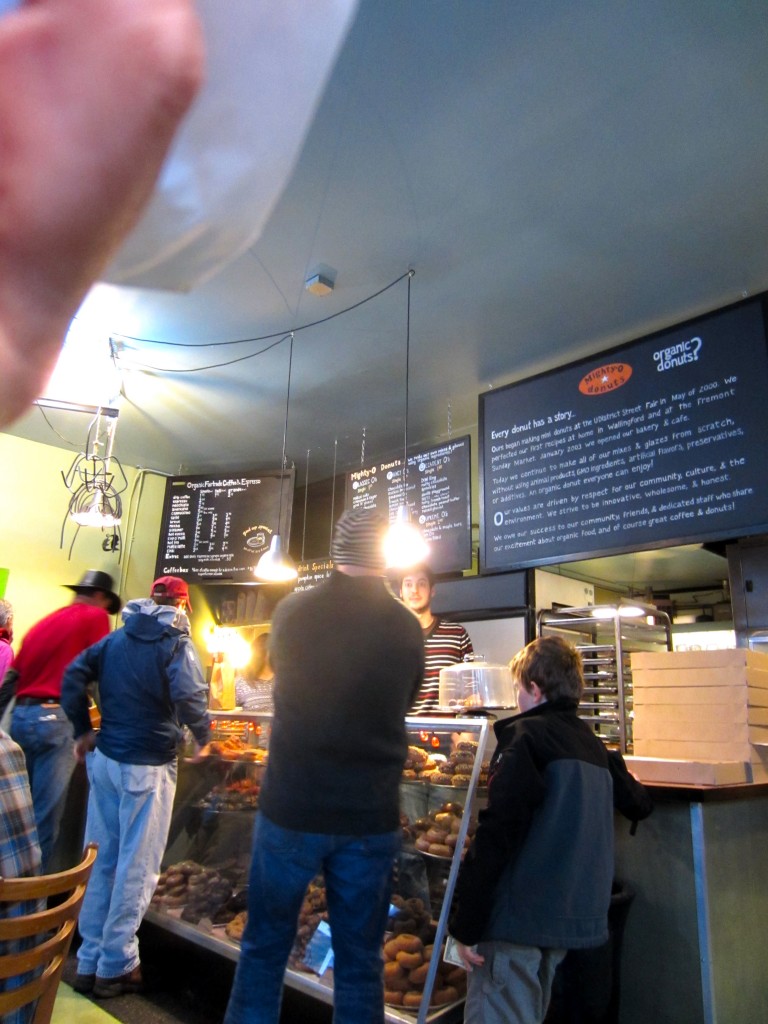 Oh Hi case full of vegan doughnuts. Donuts. Whatever. We woke up too early the first day in Seattle. Well, some of us did. So Kevin and I headed out to pick up some Mighty O Donuts and coffee. And just as we were getting in the car Jared walked up to join us in the townhouse. So he piled on in for the journey. 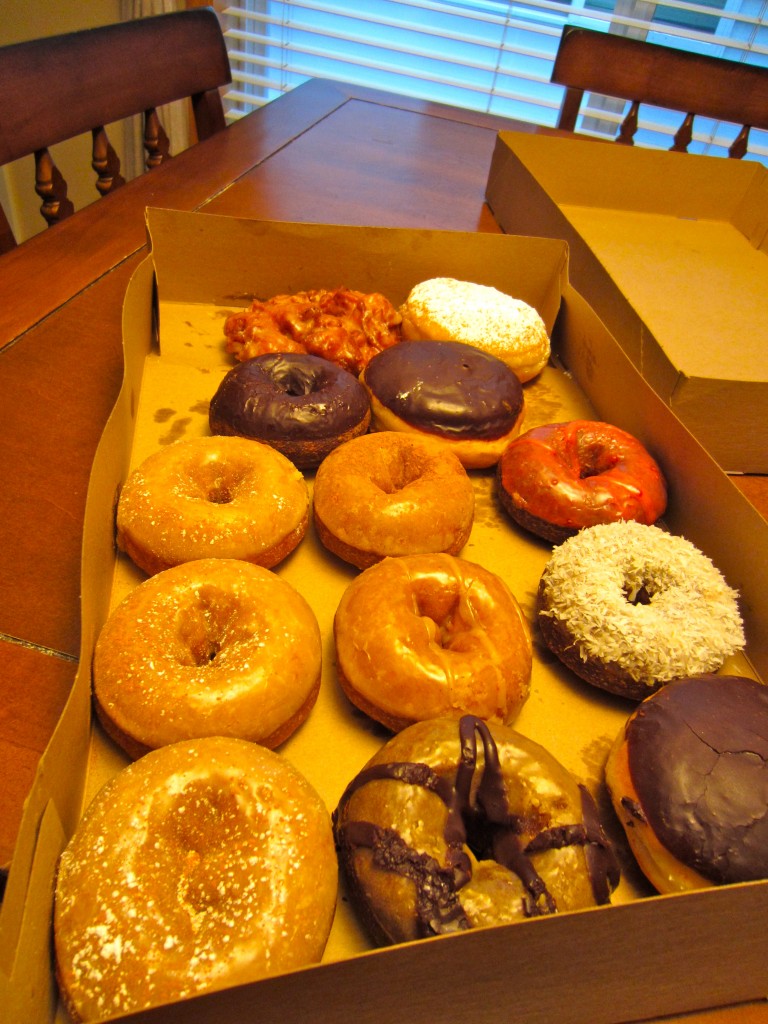 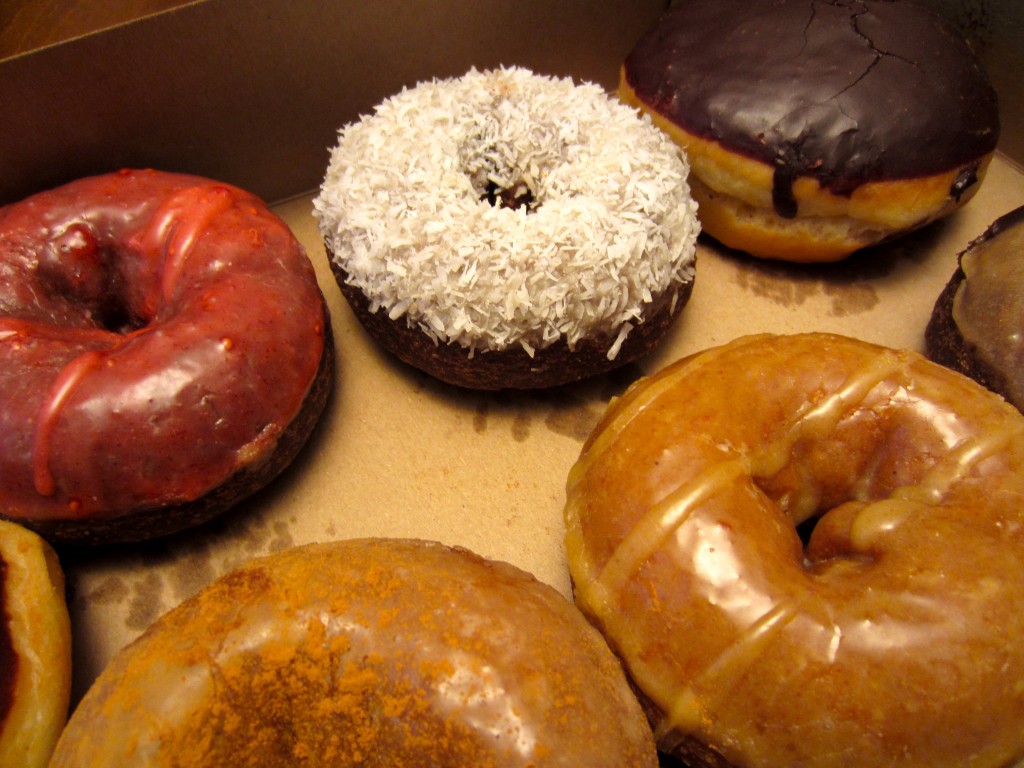 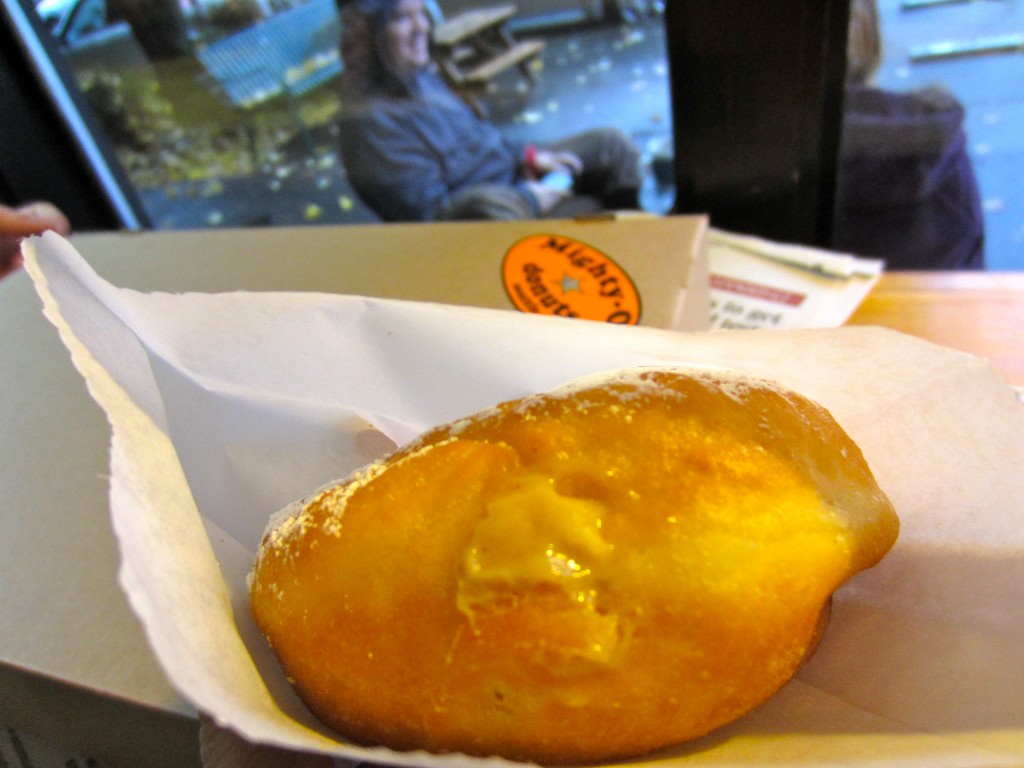 Sometimes you can’t wait the 15 minutes it’ll take to get back to the place. So I got an extra pumpkin cream filled donut. Honestly, I’m not a donut freak but since we don’t have vegan ones here I just had to eat a few.

And here’s a random Seattle observation: the must have accessory is a dog. All dogs wear clothes. That is all. 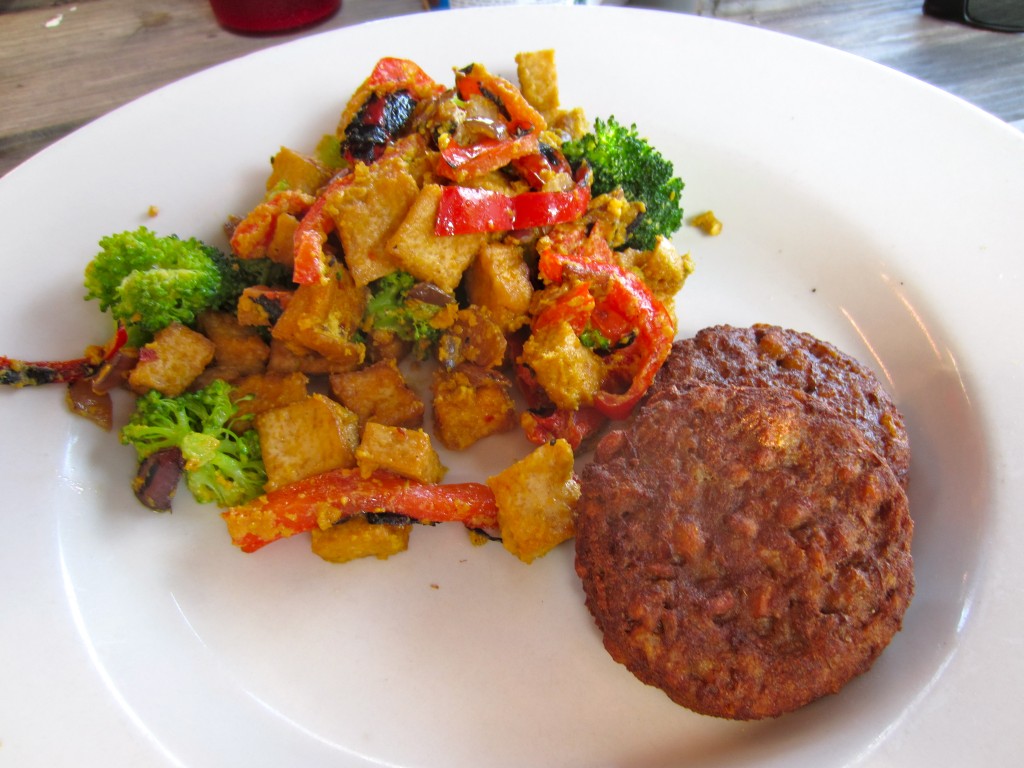 We needed a lazy Saturday this week. Enjoying brunch at an outdoor table while leisurely chatting with friends seemed like a good idea. Saba is not even vegetarian but they do have some vegan options for brunch, lunch and dinner. So we headed to their Emory Village location. I’m a fan of their tofu scramble. Crispy fried tofu covered in nutritional yeast with lots of vegetables. All that broccoli means it’s healthy, right?  They also have a vegan french toast option that’s a rarity around here. 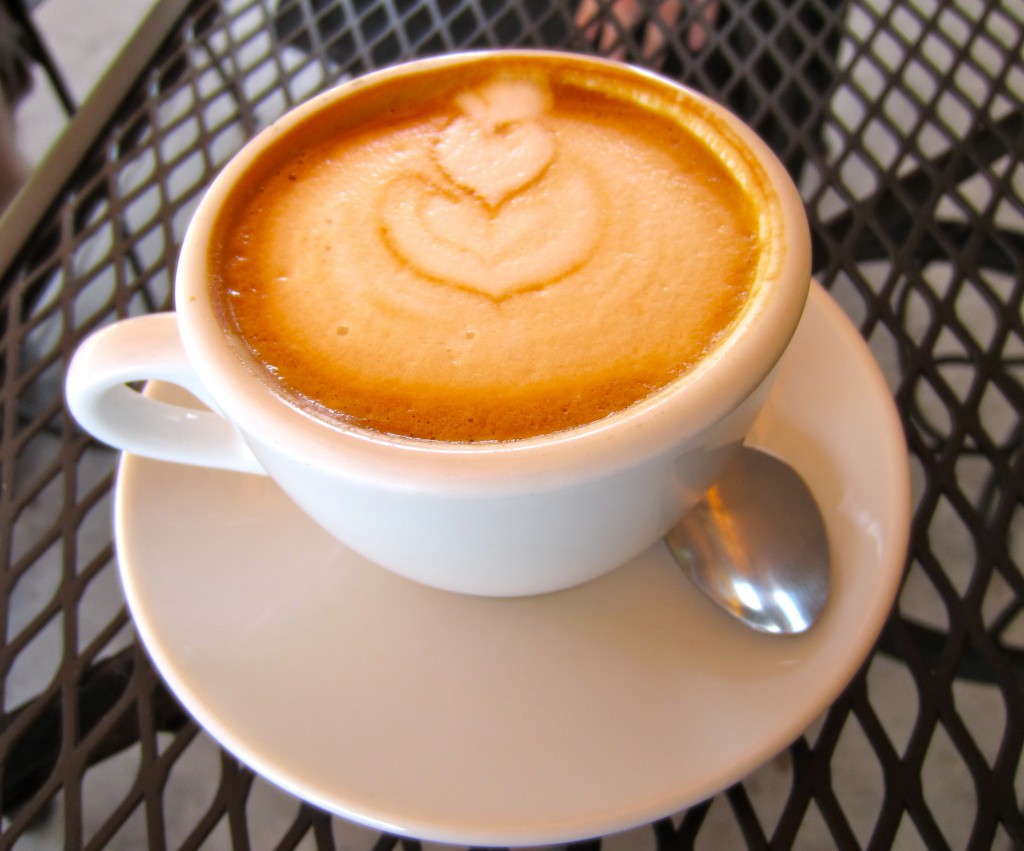 Afterwards, we wandered around the corner to Steady Hand Pour House for coffee. And more patio settin’. That there was a perfect soy cappuccino. Kevin had a mocha made with artisan chocolate made for them by Sugar-coated Radical. This batch had ginger and peppercorns. The mocha was good, but I prefer a little more coffee in my coffee so I usually go with a cappuccino.

Dang it, I feel so bad I haven’t been able to get around and visit more VeganMofo blogs. Today I’m definitely going to try to do a little poking around to see what’s up.

Posting this is downright cruel. Last weekend I performed a sticky bun experiment. It was a complete success. So y’all might want to keep those fat pants handy just in case. 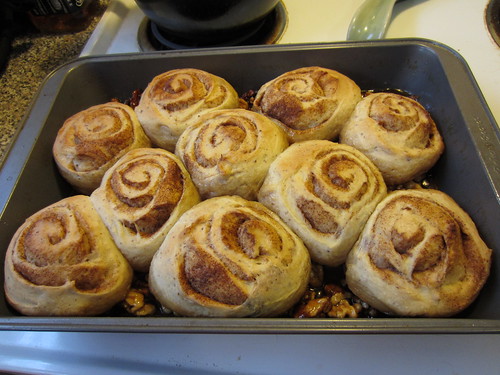 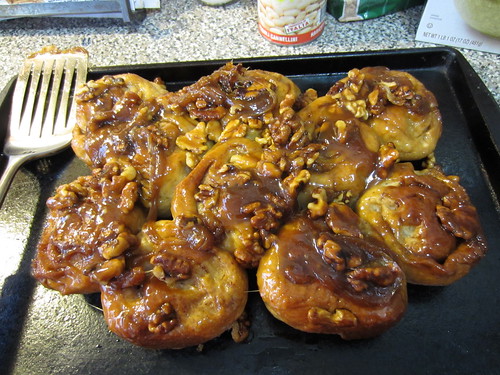 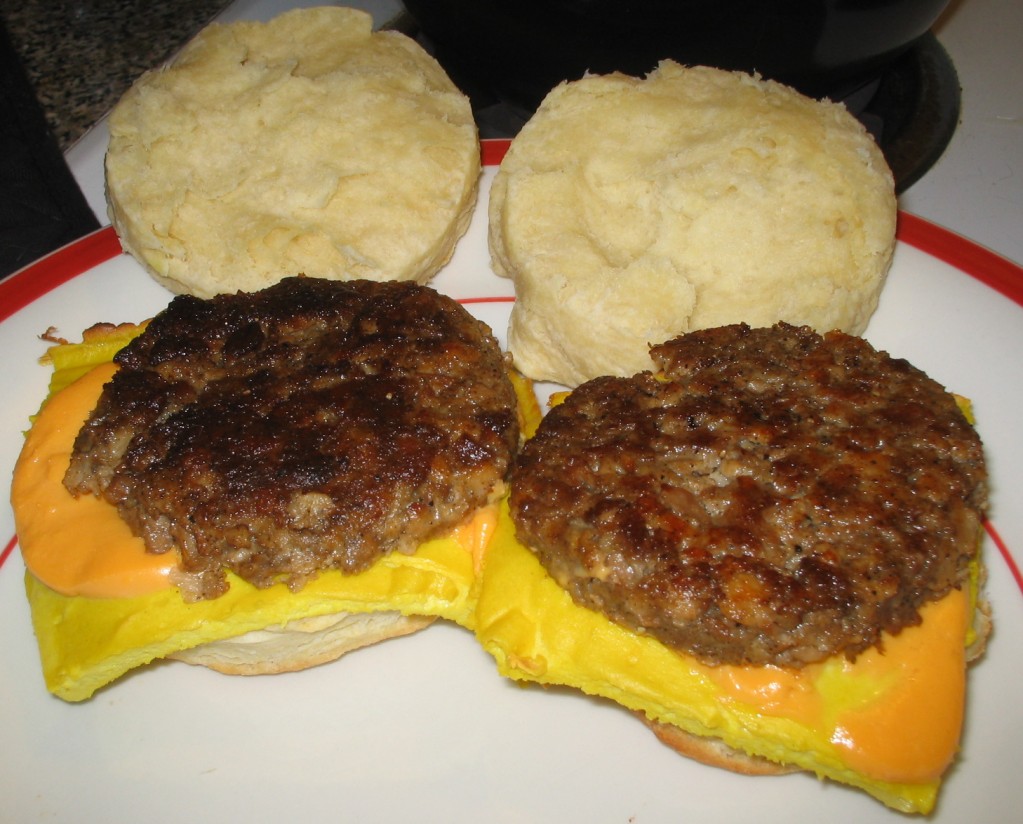 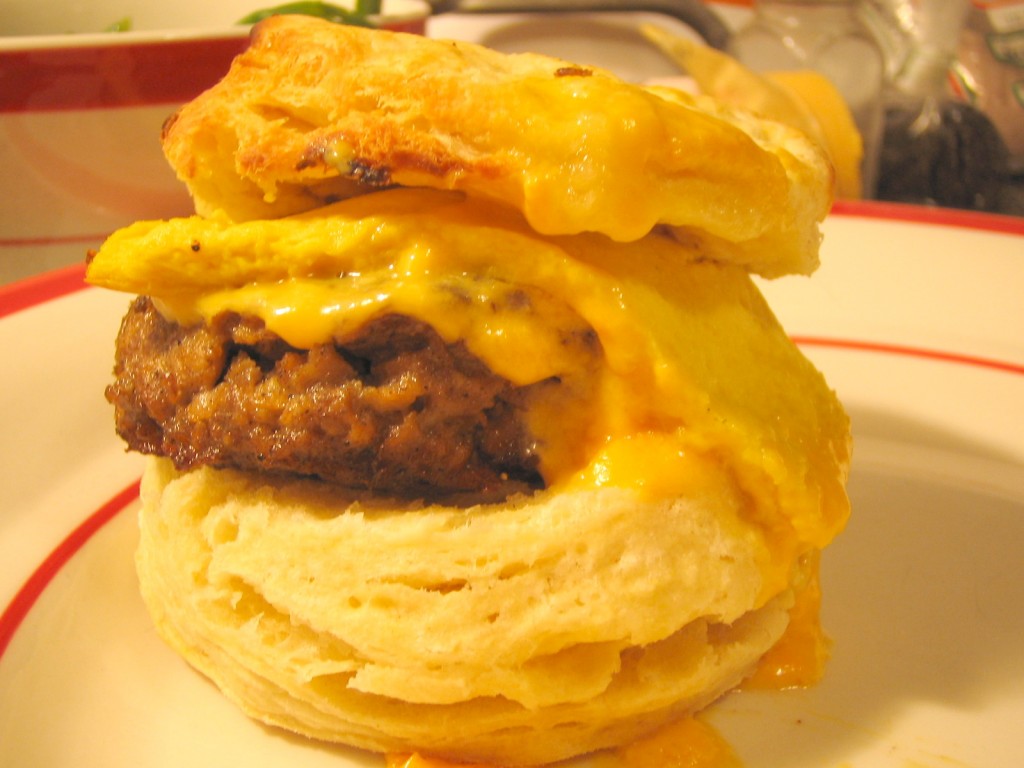 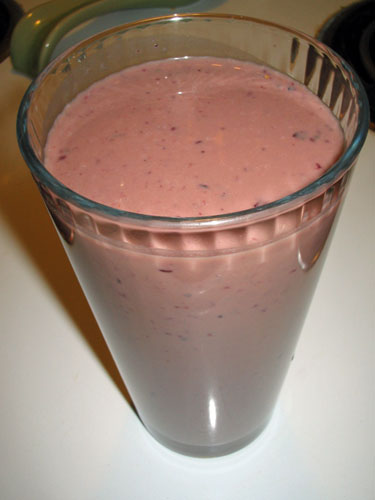