Urg, so behind. Kevin was in Las Vegas a couple of weeks ago. You know what that means .. a Ronald’s Doughnuts delivery! Kevin went all professional this time and got a plastic bin just for the doughnut transport. 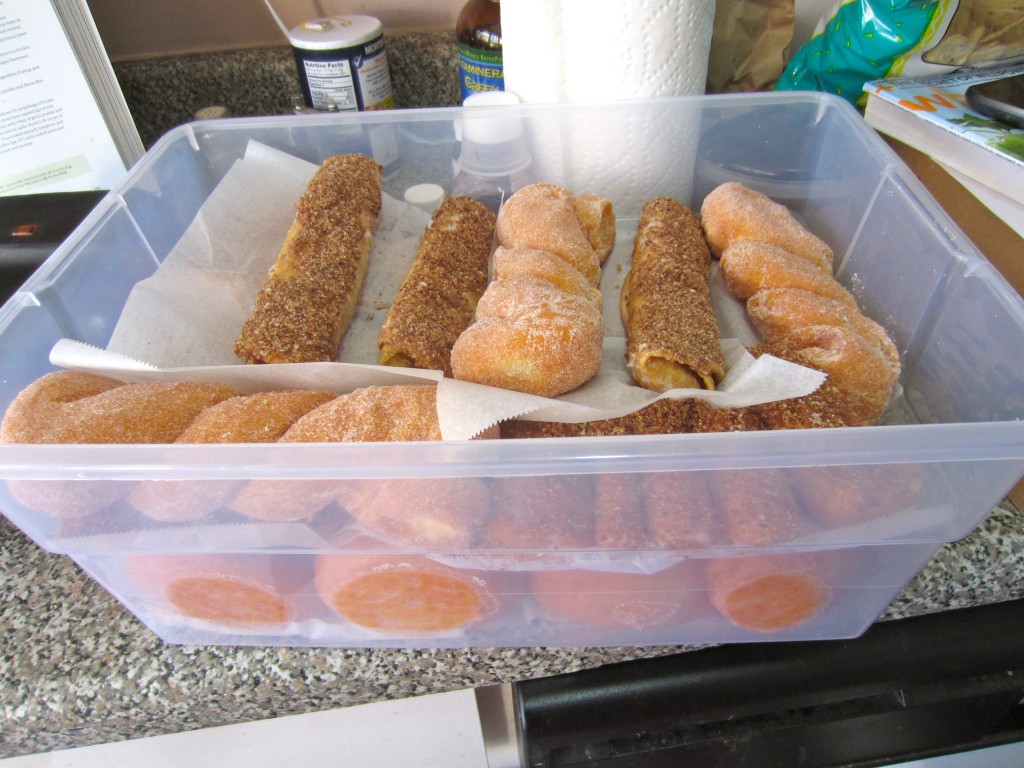 There are really only two doughnuts I care about: the Boston cream and apple fritter. So as soon as the box was cracked open, I reached in for one of these babies and destroyed it. 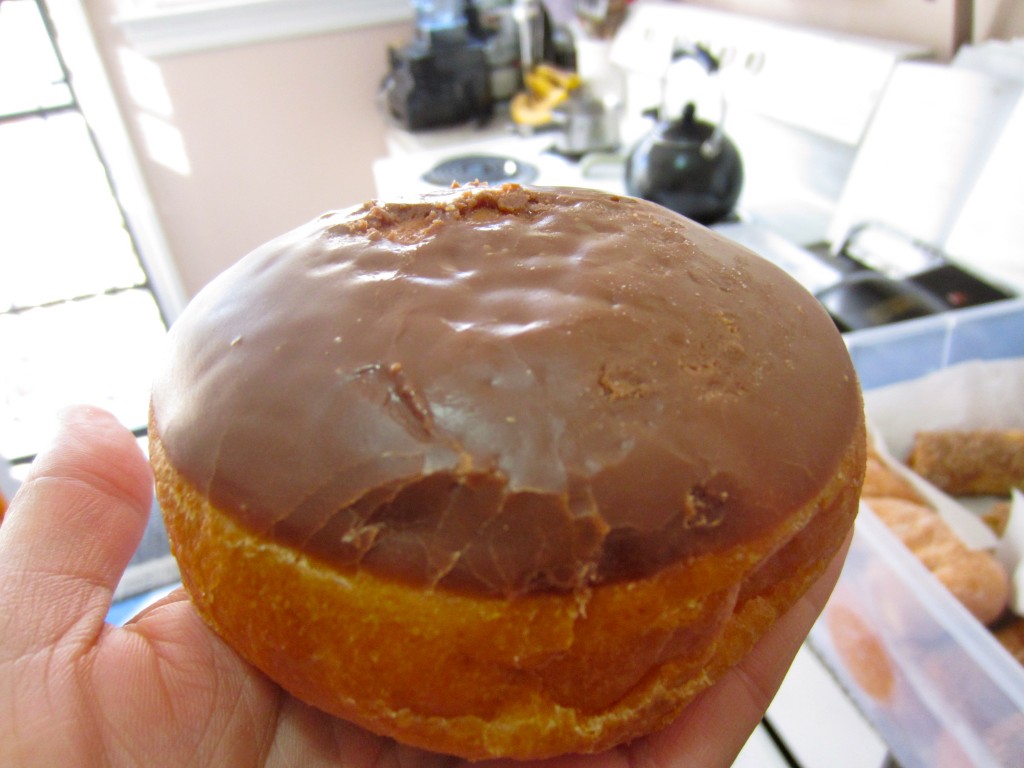 Whoops, forgot this picture. It’s the innards, the most important part! 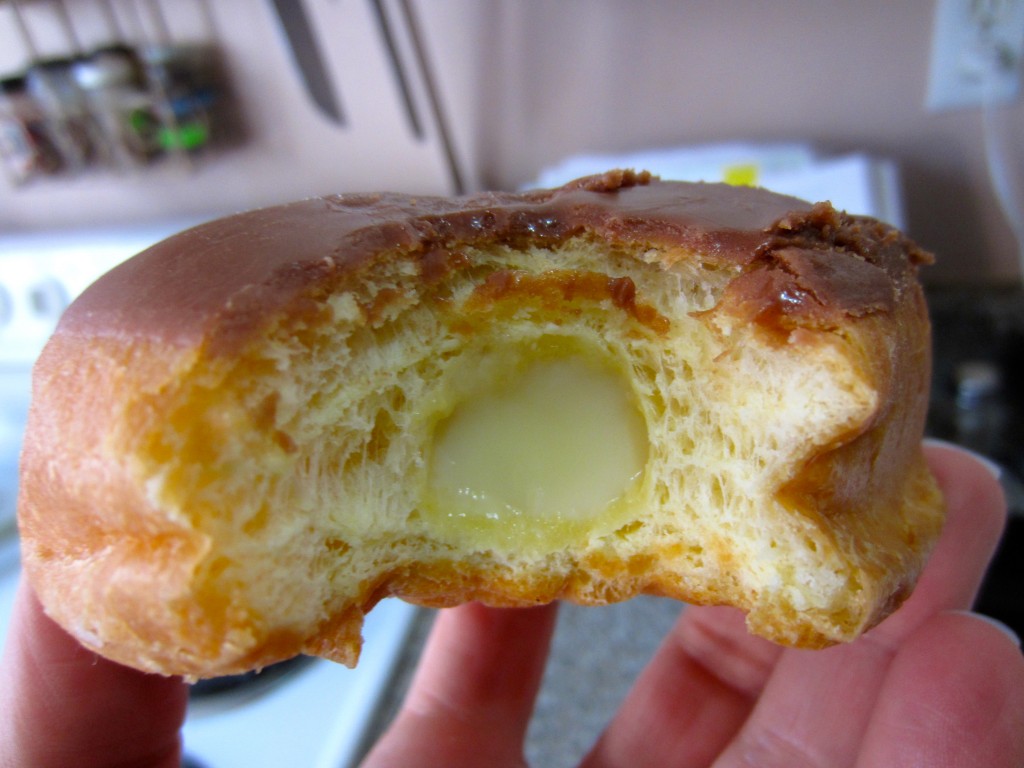 Then we ran off to make vegan doughnut deliveries all over the place before meeting up with folks at Mi Barrio for dinner and more doughnuts. The doughnuts are awesome as an occasional thing, but I sure didn’t want a giant box of them sitting in the house. I’d feel obligated to keep shoving them in my mouth hole until they were gone. 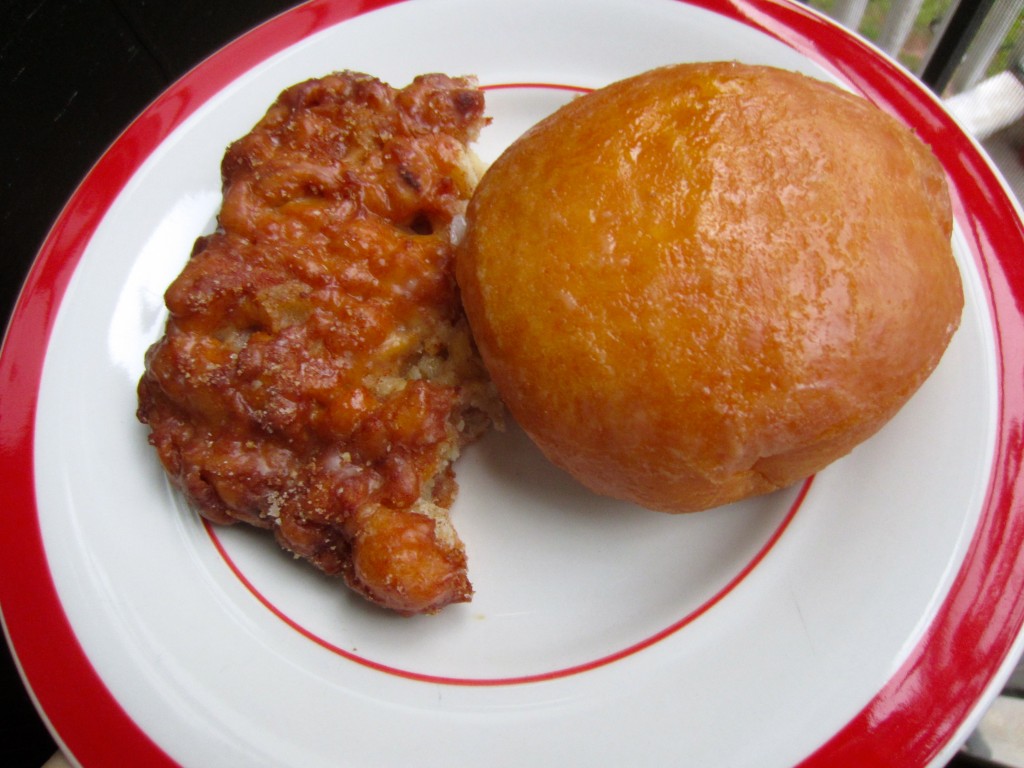 Apple fritters are filled with apples and regret. So good going in, but such a gut bomb afterwards. Half is plenty, but you really want to eat five. This might be the lemon filled next to it. That one was really nice. Tart and not excessively sweet filling.