Who knew there was a vegetarian, mostly vegan, restaurant in Cabo San Lucas? We sure didn’t until we saw their sign from the main drag. The El Ameyal Hotel and Wellness Center has a vegetarian restaurant that you get to by walking through the center courtyard of the hotel by the pool. You dine under a grass hut outside but don’t be put off by that. It’s perfectly comfortable under there. They only have a Spanish menu, but the staff was able to help translate enough to figure it out. 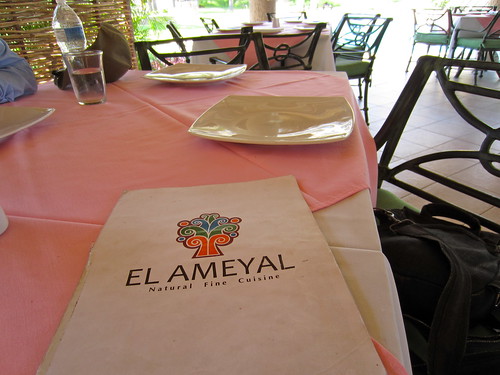 First off, they brought this delicious vegan cream cheese and some sort of dark bread. I would be happy to eat that spread on bagels every morning. 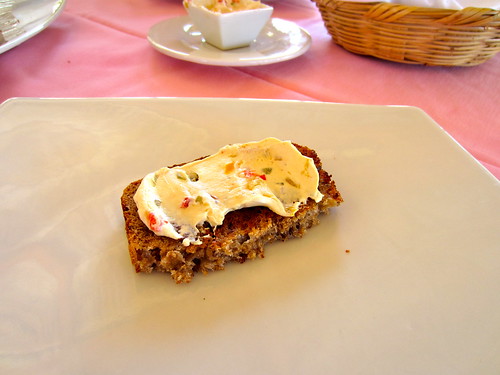 Kevin got the Pastel Cubano. It was a layered dish of black beans, plantains and tofu and came with a side of veggies. It was tasty but a little too much mush for me. 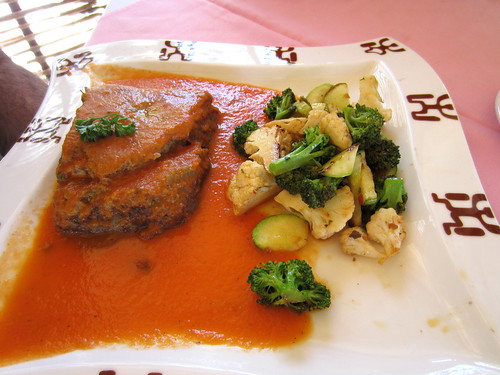 Beth got the Seitan al Chimichurri. And boy was that a lot of seitan! They tried to rely on the sauce too much for the flavor rather than seasoning up the seitan really well. It would’ve really been awesome cut in strips in a taco or burrito. Also, did I say that was a ton of seitan? 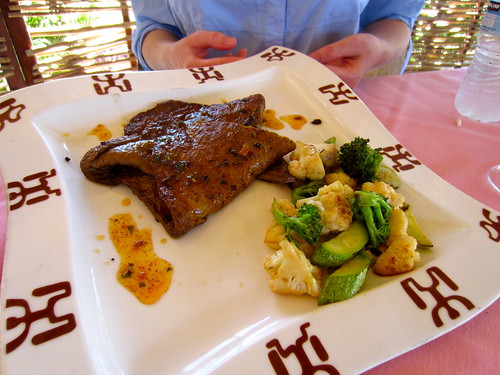 Taylor ordered Tofu con Hongos Mixtos, tofu stir fried with mushrooms with a side of brown rice. Also a huge portion. I’m weird about mushrooms and have to be in the mood for them. It was pretty good for being mushrooms and all. Taylor seemed to like it, so that was the important thing. 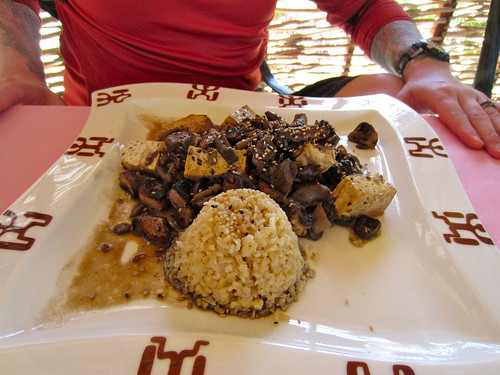 And I got the Albondigas de Espinacas, balls of spinach in a béchamel sort of sauce with a hint of nutmeg and a side of brown rice. I’m not sure how the spinach balls were formed. Maybe just pressed together, possibly baked? They weren’t crisp like croquettes. Whatever, it was awesome. 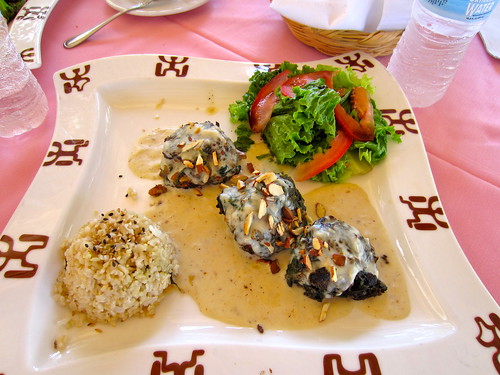 And yes, they had vegan desserts that weren’t just a pile of fruit. I didn’t really love them though. Kevin got this Tofucake that was similar to key lime cheezecake, but I think they used agar as a thickening agent. So it was a bit weirdly smooth and the texture just wasn’t quite right. The taste was nice and so was the crust, made of raw nuts and dates, I think. 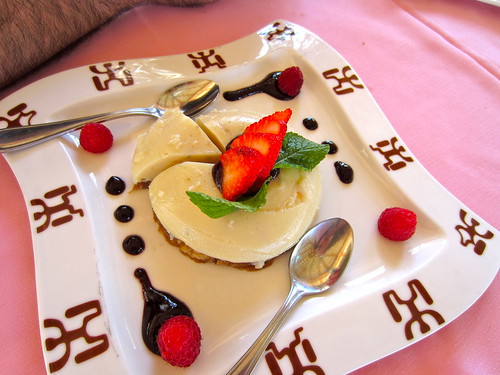 If you’re a vegan vacationing in Cabo San Lucas and are getting tired of chips, guacamole and questionably vegan beans, you should definitely seek this place out for some tasty, healthy food.