In January, the Graveyard Tavern in East Atlanta started serving a vegan special on Thursday nights. So far it’s been a three course menu with an appetizer, salad or soup, a main dish and dessert. These are definitely different offerings than you’ll find at the veg restaurants around town so it’s a nice change. I’ll take you on a tour through crappy, dark iPhone photos. 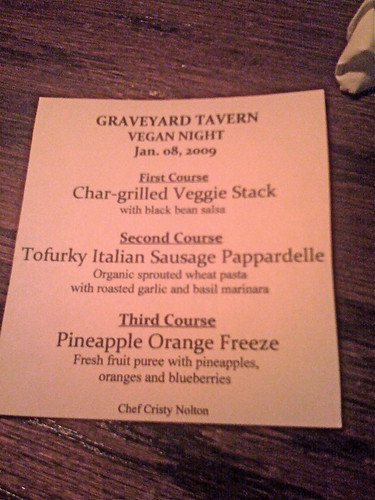 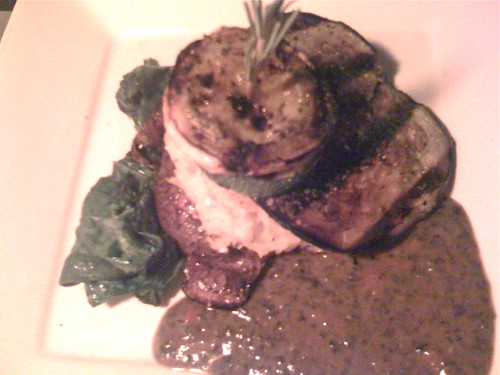 This was basically pasta & veggie sausages in sauce. Good, but I can do at home. 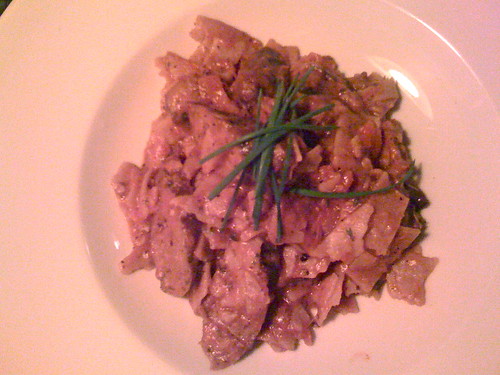 Dessert was kind of like a smoothie. Nice, but lacking my favorite dessert ingredient, chocolate. 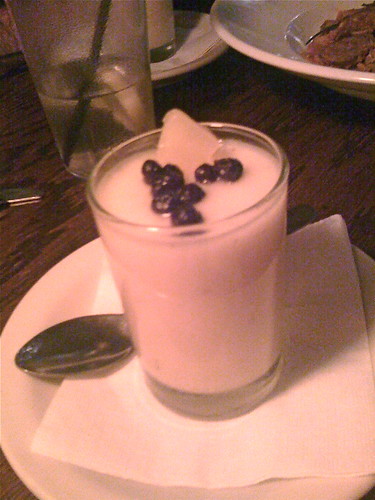 All in all, off to a good start! Our next visit, we were greeted with these lovely fried tofu nuggets. These were amazing! I think it was an asian sweet and sour sauce with it. BBQ sauce might have been better. But honestly, they were so good naked that it didn’t matter. 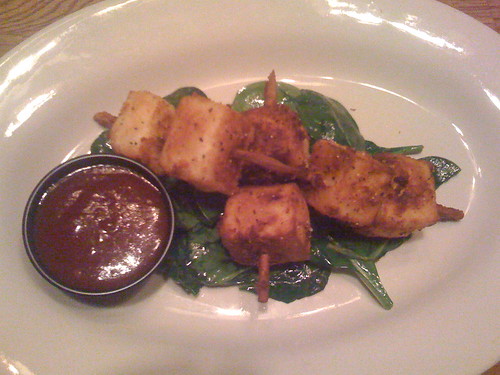 Main course was a shepherd’s pie. Again, good, but something I can make at home. 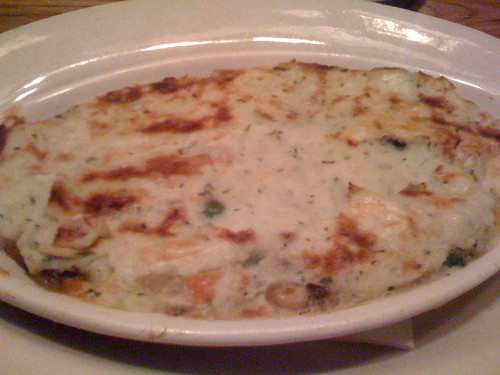 Now this is the kind of dessert I can get behind! I think it was a chocolate mousse in a sort of peanut buttery crunchy shell. Really good. 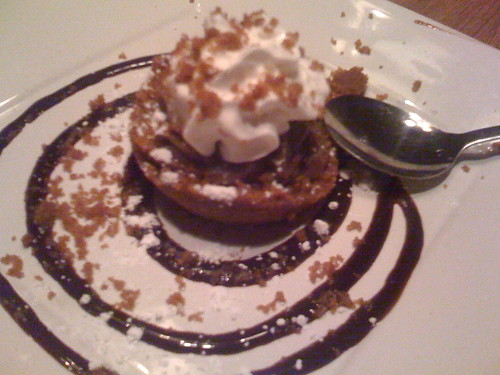 See, these are just getting better! Next visit: 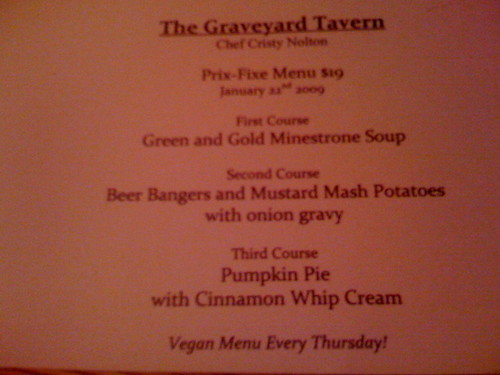 The green and gold minestrone soup was slightly salty but otherwise excellent. 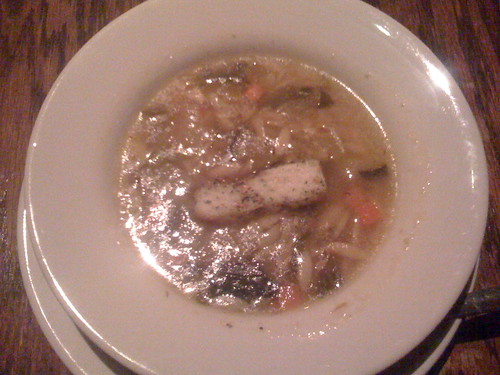 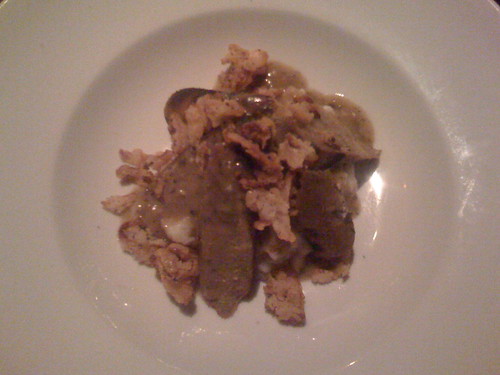 And I’m not a huge fan of pumpkin pie. It’s okay, but again, lack chocolate. I think this particular meal was my least favorite. Again, it was still pretty good. 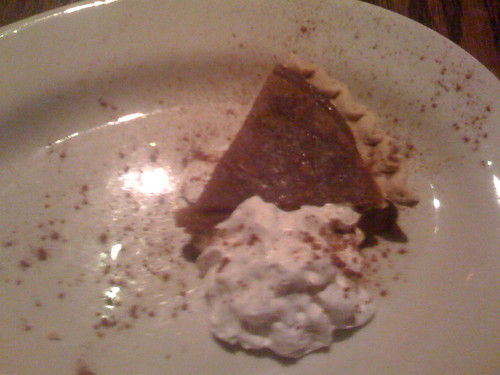 After a little break from vegan night, I got my favorite meal there so far! Collard green wontons with sweet chili sauce. I could eat a bowl full of these. 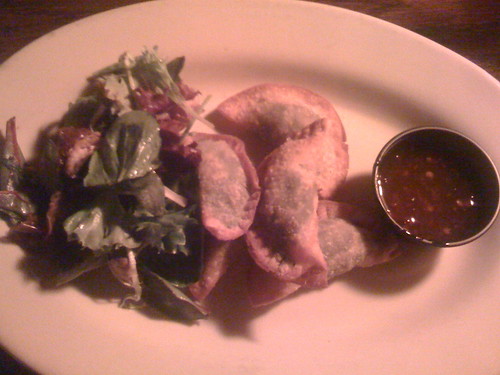 Gnocchi with cashew thyme pesto. Now THIS is what I’m talkin’ about! If you’ve ever made gnocchi you know why they’re appreciated so much more if someone else does all the work. 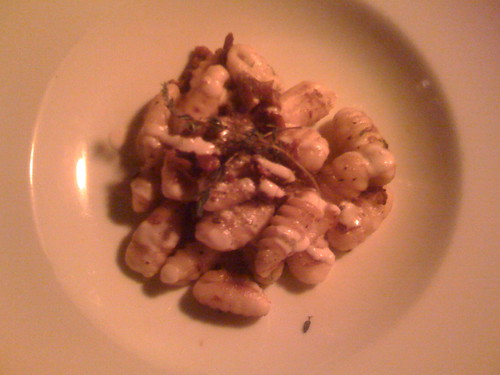 Dessert did lack chocolate. But the gnocchi was so rockin’ that I didn’t care. Brandied peach and almond cobbler: 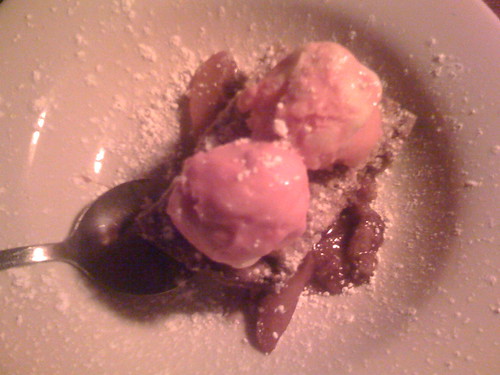 So that wraps up the vegan nights I’ve tried so far. I know there was one more I forgot to take pics of. Oh well. If you’re looking to shake up your vegan routine, give it a try.