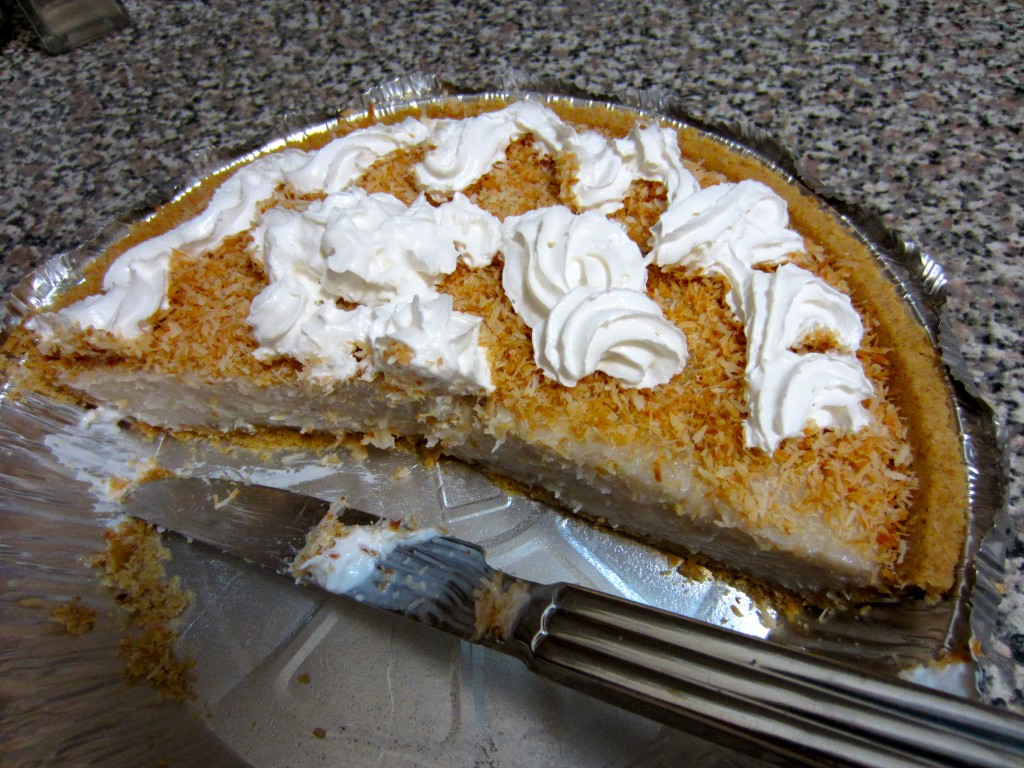 I’d probably be content smearing the Earth Balance coconut spread on various baked goods, but they sent a nice little pamphlet full of recipes that sound tasty, so it was time to dive in. Okay, I did cheat a little and bought the crust. If you’re looking for a cool, easy summer dessert, this one is nice. There’s only a bit of the coconut spread in the filling, but it adds an extra creaminess. Also, since it uses light coconut milk, it isn’t all that bad for you, 249 calories a serving. 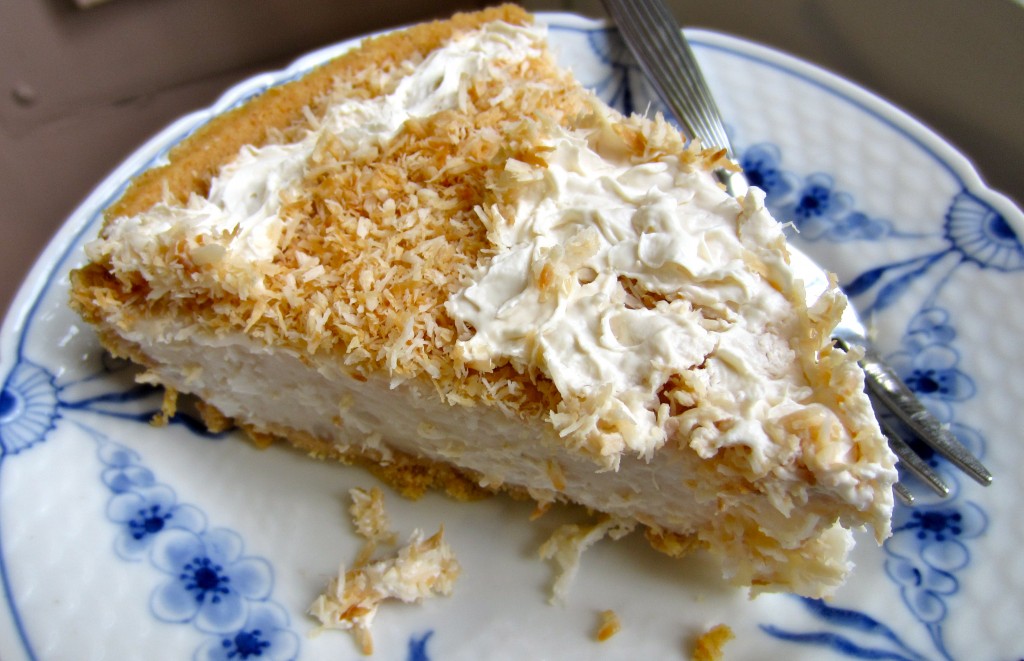 Press graham cracker mixture into a 9-inch pie pan, making sure the bottom and sides are covered. Bake 10 minutes. Remove from oven and allow to cool. Keep oven and 350℉.

Place flaked coconut for the topping on a baking sheet and toast in oven 4 to 5 minutes, until golden brown. Remove from oven and set aside.

Whisk together coconut milk, sugar, cornstarch and salt in a saucepan. Bring to a boil over medium heat, then turn down to a simmer, stirring continuously until the mixture begins to thicken, about 5 to 7 minutes.

Spoon filling into cooled pie crust, cover with foil and chill for at least one hour.

Top the pie with vegan whipped topping and toasted coconut.